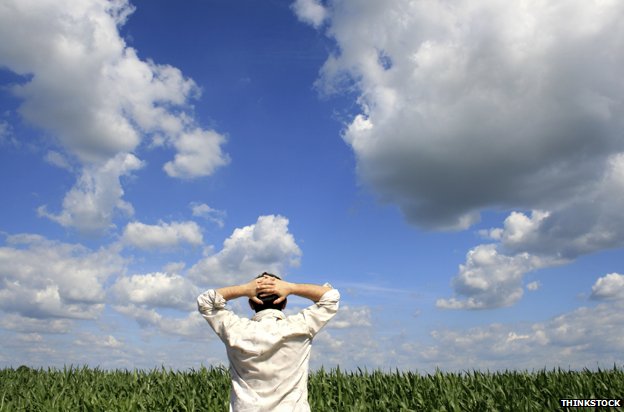 The UK's biggest ever online test into stress, undertaken by the BBC's Lab UK and the University of Liverpool, has revealed that rumination is the biggest predictor of the most common mental health problems in the country.

A bit of self-reflection can be a good thing, say psychologists. But just how serious can it get when introspection goes awry and thoughts get stuck on repeat, playing over and over in the mind?

Rumination and self-blame have long been accepted by health professionals as part of the problems that can lead to depression and anxiety - the two most common mental health problems in the UK, according to the Mental Health Foundation.

But new research has demonstrated just how significant and serious their impact on mental health can be.

The findings of a ground-breaking study, published in the journal PLOS ONE today, suggest that brooding too much on negative events is the biggest predictor of depression and anxiety and determines the level of stress people experience. The research even suggests a person's psychological response is a more important factor than what has actually happened to them. 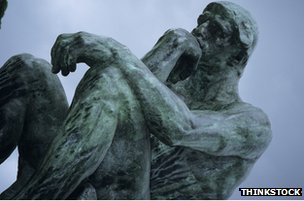 A total of 32,827 people from 172 countries took part in the online stress test devised by the BBC's Lab UK and psychologists at the University of Liverpool, making it the biggest study of its kind ever undertaken in the UK.

"We found that people who didn't ruminate or blame themselves for their difficulties had much lower levels of depression and anxiety, even if they'd experienced many negative events in their lives," says Peter Kinderman, who led the study and is a professor of clinical psychology at the University of Liverpool.

"Dwelling on negative thoughts and self blame have previously been recognised as important when it comes to mental health, but not to the extent this study has shown.

"The findings suggest both are crucial psychological pathways to depression and anxiety."

The human mind is an extremely complex machine and it's generally accepted there is no single cause for depression and anxiety by professionals in the field. But some factors have more impact than others.

The study found traumatic life events, such as abuse or childhood bullying, were the biggest cause of anxiety and depression when dwelled upon. This is followed by family history, income and education. Next comes relationship status and social inclusion.

"But these didn't merely 'cause' depression and anxiety," he says.

"The most important way in which these things led to depression and anxiety was by leading a person to ruminate and blame themselves for the problem.

"This shows how psychological issues are part of the routes to the development of problems, not merely that people become ill and then show changes in their psychology."

Rumination was found to be more damaging than self blame. Having thoughts stuck on replay in her head is something Teresa (not her real name), 50, from Essex, struggles with and has done for years.

"I get angry with myself that negative thoughts run through my head.

"After all these years I think I should realise they're not worth worrying about. But it feels like they are always there in the background, waiting to to pop up.

"I have been to my doctor for help but was offered antidepressants. I didn't want to go down that road.

"When I don't feel on top of things in my life I start to find it harder to switch negative thoughts off," she says.

"If I'm stressed at work or home it's as if the negative thoughts swamp my mind and I can't rationalise them. I get angry with myself for allowing them to run through my head."

Teresa has been married for over 20 years and has two children. But despite having a happy home life, she says there have still been times when the negative thoughts have become overwhelming.

"There have been a couple points in my life when I have really struggled to cope. Negative thoughts and things from the past came back to haunt me.

"Both times I went to my doctor for help but was offered antidepressants. I didn't want to go down that road. I have tried to develop my own coping mechanisms over the years. I find being outside and with nature helps me a lot. It seems to calm what's in my head."

Rumination is sometimes referred to as a "silent" mental health problem because its impact is often underestimated. But it plays a big part in anything from obsessive compulsive disorder (OCD) to eating disorders. 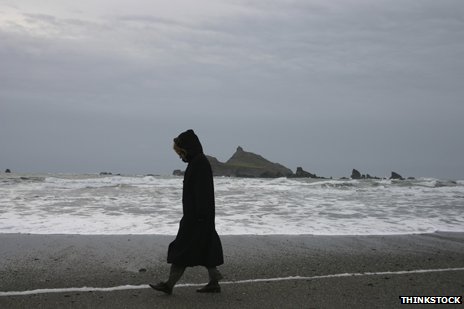 And the impact of mental health problems is huge. They affect one person in every four during their lifetime and are the leading cause of disability globally, according to the World Health Organization (WHO). In 2010 alone they are estimated to have cost $2.5 trillion (£1.5 trillion) globally by the World Economic Forum.

In the UK one in four people will experience some kind of mental health problem in any one year, according to the Mental Health Foundation. Anxiety and depression are the most common problems.

So what does the new study mean for people who have serious problems with ruminating and those treating them?

What is Lab UK? 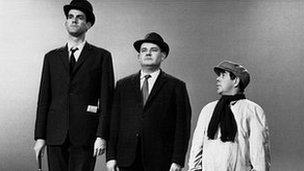 "Obviously it is just one study, and other people will have other important contributions, but we believe our findings are very significant," says Kinderman.

It's important to get across what the findings mean for the average person, says Dr Ellie Pontin, a clinical psychologist and research associate at the University of Liverpool, who was also involved in the study.

"It's actually a really positive message and should give people hope," she says.

"It can be very hard to be told your problems are because of what you have experienced in the past or your genetics, things you can't change. The way you think and deal with things can be changed."

Other professionals agree. They argue that such studies highlight the need to put psychological services at the heart of the health system.

"This is a positive message," says Angela Clow, professor of psychophysiology at the University of Westminster.

"And helping someone tackle negative thought processes is not something that has to be done exclusively by clinical psychologists.

"Other health professionals can be trained to deliver simple psychological help and techniques. It doesn't have to cost a lot of money."