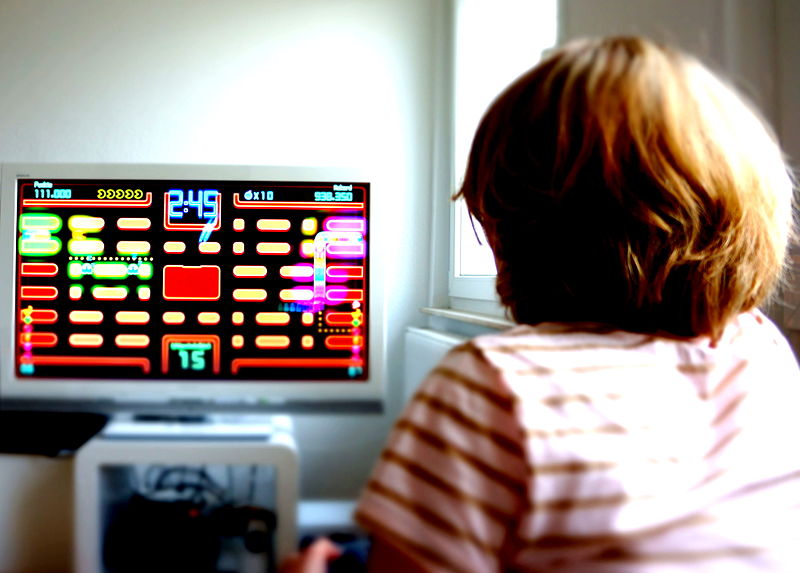 Last month, Massively wrote a short article about research on the relationship between shyness and online game friendships. The topic is of interest to me not just because of the MMO connection but because I myself am someone who used to identify myself as shy but believe online games help me cope with and surmount it. Games are what I rely on to help myself meet new people as cultural and language barriers prevent me, an American, from making strong attachments in Japan, the country where I live and work.

In preparing for this two-part article, I spoke to the research paper's lead author, Dr. Rachel Kowert, who helpfully provided me with a reader's digest version of recent research in this subfield of psychology. Tomorrow, we'll tackle our interview with Dr. Kowert herself, but today, we'll have a look at the research to bring us all up to speed.

Note that all of the research conducted by Dr. Kowert and her co-authors in the research described here utilized self-reporting surveys from rather large samples. Self reporting can be tricky, even when anonymous, but one hopes that large sample sizes help fix the problem since some people will be honest. The other issue is that only people who identified as Caucasian were used in the results, simply because data from other cultures had too few members to really draw strong conclusions from. The sample sizes were diverse in their sources at least, often utilizing paid recruitment websites, Facebook, and even guild sites to find subjects. 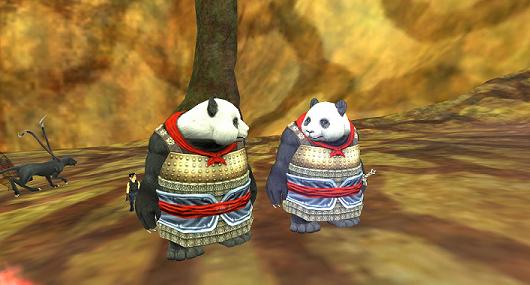 This same categorization method was used in other studies, such as allowing people to identify themselves as gamers but then cross-checking that against the variety of genres they play (gamers tend to play more than one genre of games!). After all, one of the first things gamers have to deal with is the stereotype associated with the gamer label. Mainstream media and culture is fond of portraying online gamers as being awkward, fat, friendless, and fugly, and that impacts gamers' own perceptions. In one survey, non-gamers agreed with the common stereotypes in all but one category: attractiveness. Apparently, to non-gamers, being a gamer does not automatically make one ugly, so there's that, at least. Gamers themselves don't buy into most of the stereotypes, which shouldn't surprise most people; we want to think highly of the groups we're associated with. However, gamers did agree that they don't think of gamers as the popular type.

The media, non-gamers, and even we gamers know that this perception about gamers in the social sphere is a problem. According to Dr. Kowert's research, the stereotypes seem to hold just enough truth to stick in people's minds. In her 2012 Geek or Chic paper, for example, Kowert found that online players -- and MMORPG players specifically -- are seen most negatively of all, though it's not by much.

While gender rarely factored into the results, there were some interesting findings. Men tended to prefer shooters and RPGs, while women preferred puzzle, sim, and party games. Age in terms of emotional sensitivity and loneliness for gamers (measured by real world social circle sizes versus online social circles) also didn't seem to be connected. 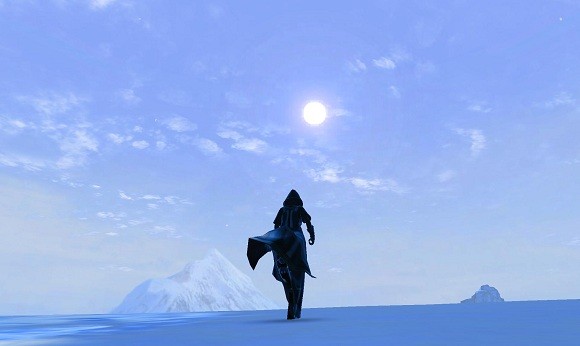 Socializing as an online gamer

If you're here reading Massively on a daily basis, I think it's safe to say that you at least consider yourself a gamer -- an online gamer. And sometimes we MMO fans forget that there are other genres that inhabit the online space alongside us, like shooters fans and RTS geeks. In some of Kowert's research, MMO players, who might be more inclined to "live" in their gameworlds online, are lumped together with the kind of gamer who just play lobby games, and this creates tension because, well, we stick out. For example, overall research showed that online gamers in general played games more than offline gamers, but the researchers assumed that highly emotionally sensitive players (our "shy" players) would play longer than those who weren't very shy. This proved false, though; there was no strong correlation there. In other words, just being "shy" didn't mean someone played more. Being an online gamer was a stronger factor in play time.

So it seems most online gamers spend more time overall playing games than do offline gamers. Moreover, degrees of shyness have nothing to do with it, which debunks the idea of game "addicts" all being shy, maladjusted teens. If anything, the research shows that the difference between the two groups might not be so much of "how long" they play but exactly "how" they play, especially when you recognize that shy players admitted to having smaller friend circles in real life and larger ones online. That rings true for me since I've moved around so much and have always needed friends I can relate to more than I need people to just go out with. In game, I'm more apt to do something social, like an event or mapping out a new dungeon, than I am to grind levels or gear. But that increased online play time can likewise lead to less interest in offline goals and a perception that offline goals are more difficult to achieve.

This is why looking at how we spend our online time is so important: The difference between the gaming goals of different types of online players turns out to be how we use the online space given to us. FPS games are often seen as environments filled with bickering and belittling; this is likewise how they're perceived in the research. While I would caution researchers against dichotomizing MMOs as purely cooperative games and shooters as competitive, I do agree that MMOs create more space for a cooperative experience in shared worlds than do shooters. Generally, death penalties in MMOs slow the action, so players have to be a more serious about avoiding death and angering other players. Fans of lobby games, however, need only worry about a respawn timer or queue.

This shared space and the potential for co-op activities in the MMO world are precisely what gives online games their therapeutic quality. MMOs create a perceived safe place to explore with asynchronous communication (meaning there's a delay from what I say to what you hear, then another for your response; we're unable to finish each other's sentences). 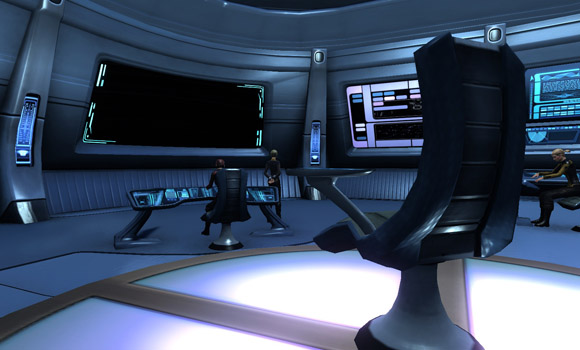 But there are downsides to embracing MMOs as social spaces: There's fear about replacing "meatspace" friends with online friends. Real-life friends, for example, can give you a hug or help you move furniture. You have to learn how to control your voice, face, and other actions in face-to-face conversations; a lack of real-world friends, especially at a young age, could potentially damage a gamer's ability to properly socialize.

But a deeper concern is that people who are emotionally sensitive might fail to develop friends at all, and that's something games can help with. The communication delay of a text-based chat setting (as opposed to voice or video chat) is just what some people need to feel comfortable enough to extend their relationship circle and interact with others beyond their safe zones. It allows them some more control over the situation; they can think about their responses a bit more. This is the reason the internet in general tends to be popular with more emotionally sensitive/shy people: They want the extra time to think, to construct a response, and to maintain a higher degree of control in their social interactions. It's certainly not the same as talking in meatspace (animated emotes don't count). Just the same, this setting allows people to make bonds they normally wouldn't, and while it does concern some researchers, it's proving to be a positive experience for some people.

Think about it this way: Some people just play games on their phones to kill time. There's no harm in that. But hardcore gamers look down on mobile players because mobile content has little value to the audience compared to, say, an MMO where we go to meet people or see people interact (and of course, compete directly with them). This is how we're using the online space of gaming differently from researchers may expect.

Part of this is because MMOs are a unique, joint activity. We're separate, but we're tasked with working together with limited communication means and (often) not expected to be able to complete the task alone. We don't have to make small talk; we can focus on the activity, and that's exactly what researchers expect: for us to be playing the game. If we want to chat, we have that option too, but we're not all there just to "beat the game" as it were (though as MMOs emphasize more single player experiences, we may be seeing this change and affect the community). What's sometimes forgotten is we have roleplayers, too. We have explorers. We have lore-fiends. We're not all jumping on hamster wheels grinding out skills, trying to beat the Skinner Box.

This is an important distinction because, scientifically, the research has moved beyond "what do games do to people." Despite what most (non-gaming) people want to believe, games don't "do" anything to people. As they do in many hobbies, some people just get too caught up in the details and seem "addicted." That's why modern research now focuses on what people do with these games. If people are using them to socialize, and they are, then we have to look at the positives as well as the negatives. Keep that in mind for part two next when Dr. Kowert allows me to pick her brain a little! For now, here's some further reading if you're interested in academic papers on the topic.