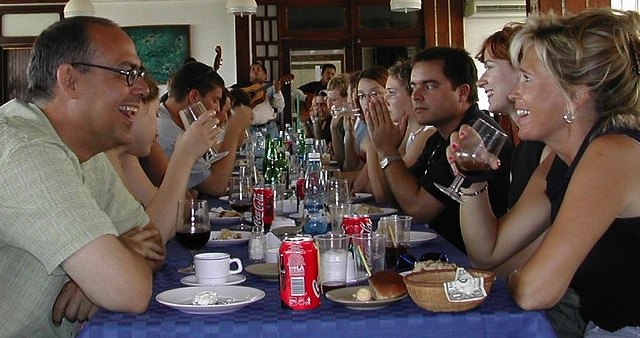 None of us want to admit it, but chances are we’re all fanboys in some area. Whether it’s a particular brand of software, a gadget or a political leaning, we often rally behind companies and ideologies without even realising it. Here’s why we become fanboys and how to prevent it from happening to you.

This article originally appeared on Lifehacker

By definition, a fanboy (or fangirl) is someone who defends their favourite phone/politician/city/browser/OS/game/console/genre/whatever while attacking everything else. Whether it’s the blind trust in the next iPhone, a dispute about the NBN, or a fervent argument for the PS4 over the Xbox One, we like to pick sides and stick to them. This alone is obnoxious, but it causes more than just minor annoyances: it means we attach ourselves to brands and can’t think critically about the choices we make when shopping.

As a result we waste money and buy crappy products based solely on who makes them. There’s no single reason this happens, but we do know a few things about basic human nature that help explain why a lot of people end up with fanboy tendencies.

All kinds of factors play into fanboyism, but there’s one theory that explains where it starts: social identity theory. Social identity theory suggests that your idea of self-concept is derived from the social group you identify with. When you’re part of a group, you’re more likely to sympathise and treat other members of the group with rewards. Essentially, it helps you define “us” and “them,” which our brain likes to do.

We define ourselves into groups in all kinds of ways, but one way is through the stuff we own. In The Psychologist, it’s suggested that our association with our belongings changes us at a neural level, and that eventually transfers over to our group as a whole:

From a neural perspective, this absorption of objects into self-identity may be more than mere metaphor. In 2010, Kyungmi Kim and Marcia Johnson scanned participants’ brains as they allocated objects to a container marked as ‘mine’, imagining that they were going to own them, or to a container marked with someone else’s name. Extra activity was observed in the medial prefrontal cortex (MPC) in response to the sight of ‘owned’ items, compared with control items allocated to others. The same area of MPC was activated when participants rated how much various adjectives described their own personality. ‘Areas of the brain that are known to be involved in thinking about the self also appear to be involved when we create associations between external things and ourselves through ownership,’ says Kim…

Like a uniform, our possession of specific objects and brands can also signal our membership of social groups, both to others and to ourselves. The success of the Apple brand has been attributed in part to people’s desire to show that they belong to a consumer tribe with connotations of ‘coolness’.

Why does this matter in terms of fanboys? When we’re part of that group, we’ll defend our group with fervour. Psychologist Jamie Madigan explains how this works in the context of game consoles:

Part of who you are — and how you communicate that to others — is defined by what groups you belong to. And we naturally want to belong to high-status groups, right? OK, fine, but everything is relative; a group isn’t high status unless there’s a low status group for it to be contrasted against. So not only do some people identify themselves as Xbox fans, they attack PlayStation owners in order to raise their status. This tendency is human nature, the researchers concluded, and a lot of other data support them. What’s more, we’re perfectly willing to do it at the drop of a hat.

These put-downs aren’t always a conscious choice, but once we pick a side, whether it’s Windows versus Mac, Xbox versus Playstation, paid versus free software or anything else, we’re going to create an “other.” Once we do that, we’re already accidentally on our way to fanboyism.

Another possible cause of fanboyism is what economists call the sunk cost fallacy. The sunk cost fallacy means you’ll spend more money (and time) to salvage a purchase you’ve already made. We’ve mentioned this before in context of upgrading gadgets and in finances, but it fuels fanboyism as well.

Sunk cost plays into fanboyism for a simple reason: the cost to switch from one thing to another is often obnoxiously high. You can’t just jump ship from the PS3 to the Xbox and keep your library of games. You can’t go from Android to Apple and use the apps you’ve already purchased, or the time you’ve spent learning the OS. Switching platforms involves investing in new apps, getting used to the new system, and buying new copies of software you already own. It’s horrible and since you’ve already spent so much money on the product you have right now, the last thing you want to do is spend more money to purchase those things again.

So, your brain defends your platform and you inadvertently become a fanboy.

Choice Supportive Bias Causes You To Defend Your Choices

Those two theories explain how fanboyism starts, but the real clincher is choice supportive bias. This is our tendency to retroactively give positive attributes to the option we picked. Essentially, it’s why we’ll defend what we purchased without any real critical thought.

You have several options, like say for a new television. Before you make a choice you tend to compare and contrast all the different qualities of all the televisions on the market.

Which is better, Samsung or Sony, plasma or LCD, 1080p or 1080i — ugh, so many variables! You eventually settle on one option, and after you make your decision you then look back and rationalize your actions by believing your television was the best of all the televisions you could have picked.

We do this to combat buyer’s remorse and the anxiety that comes with it. The downside is that when we start justifying our choices, we do it loudly to anyone who will listen so we don’t question ourselves. Essentially, once you’ve made your choice, you have to defend that choice to yourself and in a lot of cases that defence seeps into your conversations. Thus is born a Nintendon’t generation.

How To Break Free Of Your Fanboyism

Unfortunately, a lot of the roots of fanboyism are embedded in human nature, so there’s not really a lot you can do about them. It’s mostly about recognising the fact that we’re all prone to becoming fanboys. Doing so means you turn a blind eye to new options and you inadvertently support a brand or product that you don’t actually care that much about. Couple that with the general fact that we’re all capable of being jerks online and you have a recipe for a vitriolic, idiotic and hyperbolic fanboy argument every day of the week.

While there’s no real cure, You Are Not So Smart recommends taking a break when you find yourself getting riled up:

So, the next time you reach for the mouse and get ready to launch an angry litany of reasons why your favourite — thing — is better than the other person’s, hesitate. Realise you have your irrational reasons, and so do they, and nothing will be gained by your proselytizing.

Likewise, you can root out the problem from the start and break free of your brand loyalty by treating it like a bad habit and remember that upgrades aren’t always necessary. It takes some work and self-reflection to really beat back your inner fanboy, but it’s worth it in the end.