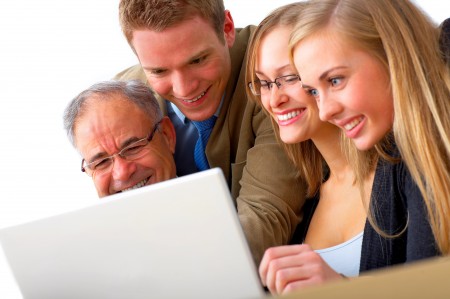 Do you love yourself? Recent psychological studies are blaming Facebook for lower test scores due to users ‘loving themselves’ too much. Really? According to the research, someone who has recently looked at their Facebook page will complete tests more slowly because they don’t need to feel the confident rush that comes with ‘performing’, having already received that boost from their Facebook feed. What do you think?

When I log onto Facebook, there are mixed emotions. It’s true, I can control my Facebook atmosphere to an extent by blocking certain people and deleting comments that are undesirable. Overall, I find the environment to be a diverse field of play that allows a momentary glimpse into the world from the seat of my sofa. Are these studies suggesting that we have a self-esteem problem in this country, as in – too much self-esteem? I would take the opposite stance. Considering 8 million Americans suffer from eating disorders and half of the population claiming to be shy, I think we have the reverse problem in this nation. Perhaps Facebook is allowing people to find their individualism and to stop trying to live up to the standards that others set for them – such as those in ‘authority’ positions.

Overall, I believe anything that boosts self-esteem to be a healthy addition to life. Too many of us grow up in this country with our self-worth blocked by the requirements and perimeters set up for us in public school. I mean, do test scores really reflect our inner wisdom and worth as individuals? Does ‘performance’ in the academic sense set up healthy barometers for discovering one’s purpose and fulfilling one’s dreams? I highly doubt it. If somewhere like Facebook can allow individuals the opportunity to express themselves freely, to ‘speak their truths’ and unveil the inner artist, then I say we are long overdue for such a venue in this country. We have, for too long, conditioned our society to conform to certain standards set up for us in the public school system. Children who have entered this system with open-minds and creative spirits have, more often than not, left the establishment more suppressed and lost to themselves than the contrary.

As far as the psychology goes, for communities such as Facebook and other social network scenes, can you really learn to love yourself too much? Are we producing overly confident bloggers, posters and commenting fiends who pride themselves on egotistical profiles and self-made biographies now strung out across the worldwide web? Or, are we creating a society where individuals are finally learning to claim their authentic selves and give voice to the person living behind the screen? Do we finally have a way for the shy to extrovert and those with disorders to experience a different self-expression not defined by body image? Perhaps social networking is the best thing that ever happened to the free spirit in disguise. Perhaps Facebook is really a launching pad for people to create themselves anew and embrace a life that resonates with what lurks deep within the subconscious, but has, until now been suppressed.

True, any ‘thing’ can be used positively or negatively and not every person is going to thrive in an situation where they have the potential to.  Many abuse,misuse and over-use Facebook and other media tools, but others blossom.  We cannot put Facebook in a box, nor can we blame it for someone not wanting to take a test, perhaps there are other factors at play, like the questions on the test.

With psychological studies suggesting that Facebook users love themselves too much are are suffering academically because of it, what do you think? Does social media need to change, or does academia?  Or is this all just food for the birds?