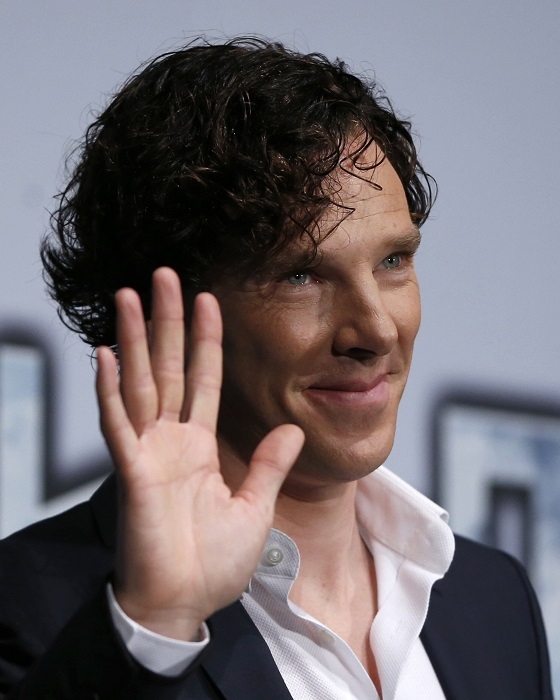 During an interview with BBC Newsbeat, the actor recently refused to dismiss a rumor claiming he was being eyed for the of Martian Manhunter in the upcoming DC film.

"That's a fun one, I've not heard that one until tonight," Cumberbatch told BBC, referring to the Manhunter rumor.

However, when asked if he’d consider playing the role in “Batman vs. Superman” or “Justice League," Cumberbatch said, "I'm going to let that rumor run."

Little is known about the Warner Bros. production, but there have been no new casting announcements from the “Batman vs. Superman” camp. Unfortunately, the production hasn't been able to keep leaked information and set photos offline.

ComicBookMovie recently published close-up image of Henry Cavill on set dressed in his Clark Kent attire. Check out the photos for yourself here. The first images of Jesses Eisenberg as Lex Luthor have also been shared here.

Eisenberg hasn’t talked much about his DC role, but has opened up about joining the “Batman vs. Superman” cast during an interview with TotalFilm. The “Social Network” actor explained the role of Luthor is one of the most challenging characters he’s ever taken on.

"There are some indications of how the character should behave based on the script, and then as actor makes it his or her own," Eisenberg said. "I got to know one of the writers really well, Chris Terrio, and we were able to discuss things at length and figure out who this person is to create a real psychology behind what is, perhaps, in a comic book, a less than totally modern psychology. I can only say I've been asked to play an interesting role: a complicated, challenging person."