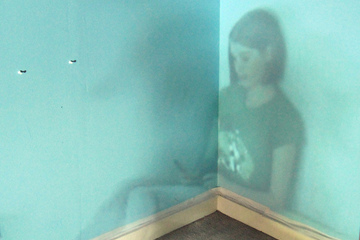 This article was originally published at The Conversation. The publication contributed the article to Live Science's Expert Voices: Op-Ed Insights.

Go ahead and contemplate your own mortality. How does it feel? Would you be surprised to learn that it can potentially improve your mental health to think about your death more often?

The Russian novelist Leo Tolstoy once pondered if there was any meaning in life that an awareness of death didn’t undo or destroy. On the surface, this is undoubtedly true; everything and everyone we value, everything we cherish, could just vanish at any moment. As Sheldon Solomon, psychology professor at Skidmore College in New York, said, an awareness of our own death is potentially extremely distressing because it renders you aware that you are, ultimately, no more significant than food sources and animals, or as he put it: “lizards and potatoes”.

But there is another side to this. James Pennebaker, a psychology professor at the University of Texas, has conducted studies in which people wrote about deeply emotional – and hence often distressing – topics over the course of weeks or months. His work generally found that these writing exercises increased mental, and even physical, health. Of course, as he has noted, people often struggle with writing but nearly all of them reported that the experience was worthwhile and meaningful.

Dozens of studies across economics and psychology have found that when something (time included) is perceived as scarcer, it becomes more valuable. Writing about death, particularly writing repeatedly about death, makes salient the finitude of life, which is something we often take for granted and even actively avoid thinking about. It could then, theoretically, make people perceive that life is more valuable and something to be cherished.

Irvin Yalom, a clinical psychologist who deals with existential issues, has also written about how contemplating mortality on a deeper level can have positive psychological effects. He has argued specifically that people who accept and face death develop a more “authentic” life in which their behaviour and goals more align with their values.

Along with colleagues, I’ve been conducting a few experiments to directly test the consequences of writing about mortality over time. Participants (college students) write about death or another aversive topic each day for one week, or they just reply to specific questions in an email each day on which they have to spend five to ten minutes – one example they’ve been asked to reflect on is that if you’re aware life is short and that you could die sooner than you think, how does it make you feel and how does it impact you in general?

After seven days they then complete a variety of quantitative measures that assess the extent to which they experienced positive and negative emotions, how they felt about themselves and how much they perceived their behaviour to be intrinsically motivated, in other words autonomous and free from external pressures.

Our research suggests that there are positive psychological effects to writing about mortality. Specifically, participants who are in the repeated death writing group have been reporting lower levels of depression, increased positive mood, increased self-esteem and increased intrinsic motivation.

There is also preliminary evidence that such writing might increase forgiveness towards people, including both reducing the desire for them to be harmed and increasing desire for reconciliation. Interestingly, many of these effects occur only in individuals who have moderate levels of depressive symptoms going into the study (though well below clinical levels). It appears then that the mildly depressed may benefit most from a deeper reflection on their own mortality.

German philosopher Martin Heidegger wrote about how death awareness (the “nothing”) enables us to shift to a mode where we simply appreciate that things are (the “being there”), as opposed to worrying about how or what things are. Now experimental, quantitative research – arguably at the opposite end of the spectrum – is confirming the eloquent words of one of philosophy’s greats.

Nathan Heflick does not work for, consult to, own shares in or receive funding from any company or organisation that would benefit from this article, and has no relevant affiliations.

This article was originally published on The Conversation. Read the original article. Follow all of the Expert Voices issues and debates — and become part of the discussion — on Facebook, Twitter and Google +. The views expressed are those of the author and do not necessarily reflect the views of the publisher. This version of the article was originally published on Live Science.