“I’ll charge you four hundred for this…” is what a friend told me on New Year’s day when I came over his apartment to hang out and when he started asking others if they’re interested in purchasing his photo prints. Some of them were nice, but honestly I understand pricing much better than he does. I wouldn’t pay him that price for an image considering many factors, one being that I’m a friend and I know that photography isn’t his dedicated living. I generally give friends of mine the “Friend rate” too.

But in front of me was a buddy of mine with a problem that many photographers face: what to charge for their work. And to be honest, it’s more about what it could be worth to the person than to you in some cases.

To explain all of this I need to backtrack to years ago. When I was still working at BH Photo and running the Phoblographer, I was hanging out with Brian Smith at a party. He’s always been a really nice, down to earth guy and I’ve always loved him and his work. I was looking at one of the images that he printed and at the time, I was very curious about it because as a young 20 something, I realized I needed more artwork for my apartment instead of living in a typical bachelor pad. So I asked him about it; I never got a price and we never really talked about it since, but I genuinely would have paid a couple of thousand for it because it was a massive print, well done, Brian is a famous photographer and it would look good in my place. In the long term, I’d appreciate saying to people when they come over “Oh that?! That’s a Brian Smith. He’s a super famous photographer that’s been shooting for years. You’ve probably seen some of his work too!”

After time went on, the price of it would just increase as him, his brand, and the work he does continues to develop.

Years later when I quit BH to run Phoblographer full time, I decided I needed to reward myself for working 80 hour weeks between BH, Phoblographer and freelance writing/shooting. So I did what I believe every 20 something should do only once: I splurged and bought something ridiculously expensive: a Banksy. Yes, the Banksy–the man who when he does art on a building makes the property value increase by over a million. He’s in the news often and that piece cost me nearly $10,000.

Now let’s put that into perspective: a Banksy cost me nearly $10,000. Banksy is an internationally recognized artist who has documentaries done about him, copycat artists and who you can truly appreciate.

Brian is an internationally recognized photographer; but he’s not Banksy. Brian, Jeremy Cowart, Zack Arias, David Hobby and others can’t command Banksy’s prices to someone that’s very savvy. That’s not an insult to their work at all: it’s just the reality of the market. The Peter Lik deal was an incredible show of salesmanship, but to his credit Peter Lik is quite famous and owns a gallery in NYC. For that money though, I would have demanded a larger archival print.

And now we come back to my buddy:

So again: perspectives here. Banksy is an internationally well known artist, so is Brian Smith, but my buddy isn’t. I can’t gladly say “This is a Insert Name here” when someone comes over. Plus he doesn’t even do photography full time so the sales would just be lining his pocket instead of genuinely helping him pay his bills. He does photography artistically as a hobby; which is fine–but there is a significant difference in what you can actually charge based on many factors; the biggest being that he’s not famous. A hobbyist could surely charge a lot of money if they’ve got a popular name, galleries attributed to their resume, etc. But my buddy doesn’t.

Why does that matter? Because buyers like bragging rights! If you’re buying art, you’re of course going to show it off to people and talk about how amazing it is. Plus you need to consider possible resale, appraisal, archival quality, etc. 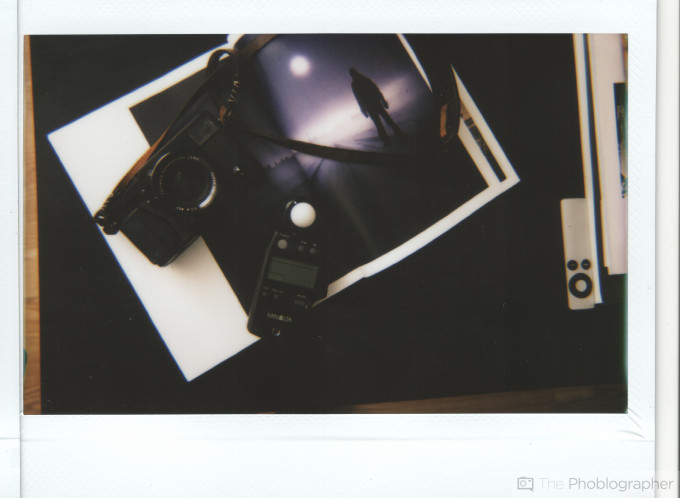 I own photos by photographer Joe Aguirre: he’s got a killer NSFW artistic photo blog, he’s been on Eric Kim’s blog, and he’s even gained the recognition of PDN. Joe shoots for a living though, he’s got a big following, is well known in both the street photography and art community, and the dude does solid work. I’d gladly pay $450+ for a canvas print from him or even another one of my buddies Cory Silken. Cory’s clientele are usually the rich; and he’s got a very specific niche that you can’t really get. That, and his name is up there in the genre of work that he does. He can command significantly higher prices for that.

So what’s the formula? Instead, I’m going to tell you what to consider for the formula:

Generally, I would never charge over $30 for an 8×10 straight just like that. But if you added value to it by framing it, matting it, and it’s an image that would look great in my apartment, I’d probably pay more depending on the above factors.

In the end, pricing your work isn’t really only about you, it’s about your buyer; but your reputation is surely part of it. Again, this isn’t to say that a hobbyist can’t command high prices. They surely can, but they need to be proportional to many other factors.