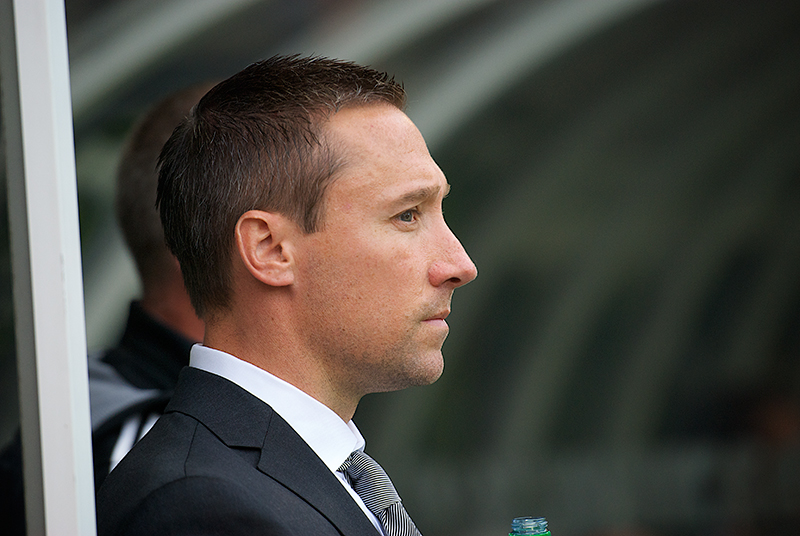 He loves this stuff. Everyone last year from Will Johnson, to Darlington Nagbe, to Donovan Ricketts talked about Porter’s ability to connect to and motivate his players as what has set him apart so soon from his MLS coaching brethren.

Chemistry is the perennially underrated and consistently baffling key ingredient of every successful sports team. Teams never get built around guys who simply like each other, because chemistry can’t be quantified with numbers. There is no numerical value on having a team that likes playing together.

Chemistry often comes later, during a preseason or a season, and no one has a greater effect on chemistry than the head coach.

It doesn’t just happen, either. It’s not the luck of the draw.

The chemistry of a team is managed and massaged and molded. That practice is the psychology that Porter loves.

It’s no mistake that Portland has stockpiled guys from Akron and Argentina, guys who can relate and like playing to each other. It’s not just about where scouting lines and knowledge is, it’s about putting a group that likes each other together.

That’s a big reason why Futty Danso has been in Portland for such a long time and will continue to be in Portland for the foreseeable future. It’s why Porter bought Kris Boyd his plane ticket out of town the moment he left his introductory press conference.

After Boyd was ditched, the Timbers brought Diego Valeri in as, more or less, his replacement in terms of salary and profile.

Think it’s a coincidence that he’s the nicest designated player in the league?

There are probably better players than Pa Kah and Jack Jewsbury at their respective positions, but no attempt was made to upgrade this offseason because of what those two guys mean to the team.

Anyone can slap names on a team-sheet. But being a top-class manager is about managing people. That’s what Porter does so well.

Yes, Porter also has a system. And I don’t mean to diminish it – it’s a damn good system. But most everyone has a system or ideas about what they are trying to build, and only the most dysfunctional franchises continually hire coaches with zero vision.

Whether a system works or not is about getting players to buy in. 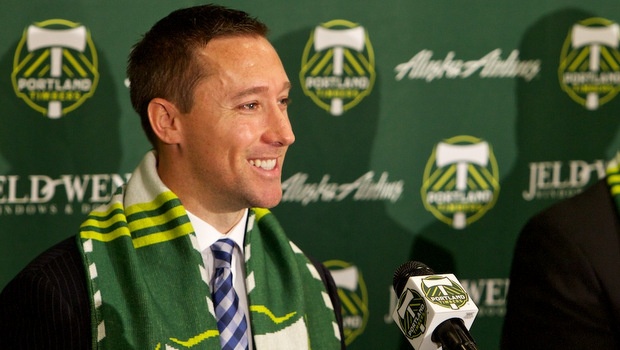 Building a strong team and winning immediately certainly helped with buy in, but there’s no denying that the Timbers were a happy team last year, something that has transitioned over to this year, and perhaps that was the biggest difference from the 2012 season.

Psychology is also about managing yourself. As the leader of the Timbers and face of the franchise, Porter is an interesting psychological study in his own right.

As a short, tough central midfielder at Indiana, Porter played with a chip on his shoulder. In his first and only MLS start, he got sent off early in the first half.

In his efforts to make it in the league, he had injury after injury. In fact, Porter could teach Greg Oden something about knee surgeries.

The road hasn’t exactly been easy, and Porter’s first real setback as a coach was failing to qualify for the 2012 Olympics with the US U23s.

Watch Porter walk onto the field at Providence Park on match-day. Moments before the players walk out, Porter emerges from the tunnel under the heaving mass of the Timbers Army.

He’s wearing a thousand-dollar suit and a thousand yard stare, giving his thumbs up gesture to the crowd chanting his name behind him, which his assistant coaches, smiling and chatting in track suits walk behind him like band groupies.

It’s quite the sight. Porter is so wound up and on fire during games that he almost physically attacked Bruce Arena after the Timbers beat LA 2-1 in stoppage time at Jeld-Wen Field last July.

So Arena was loudly complaining to the referees. What’s new?

But Porter almost took his head off. Two minutes later, out of the battle, out of the fire, Porter went over to Arena and gave him a hug.

If you watch Porter during a match and then attend his post-match press conference, you’d be convinced a stunt double filled in for the real guy. 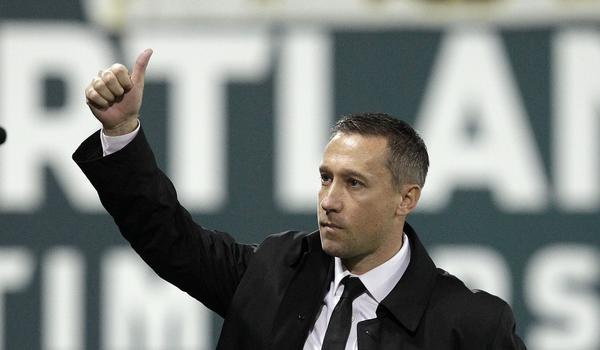 One of Porter’s main philosophies is that you have to ramp up to a game, build up your energy, mind, and being towards a 90 minute crescendo where you lay everything on the line.

Being away from that 90 minute state – hence the lows high, highs low moniker – quickly is crucial, because stress and adrenaline aren’t good for anything when they’re not absolutely needed.

Porter has seen the studies, and he’s transitioned seamlessly from college to the pros with them. The same principles of chemistry apply everywhere, not just in sports, but with every team comprised of individuals.

I just wonder if the Troy Perkins for Donovan Ricketts trade didn’t have something to do with chemistry too. Perkins wasn’t a happy camper under Gavin Wilkinson in the latter stages of the 2012 season, while Ricketts has the reputation of a responsible campaigner.

Last year, Ricketts described his Timbers team as a “family”. I’d say that trade worked out pretty well, and not just on the field.

Porter’s change in culture wasn’t accidental. With him, nothing is.

So talk about the tactics, and the results, and ask him how he does what he does.

But don’t be surprised if one of these days, Caleb Porter snaps, “It’s the psychology, stupid!”