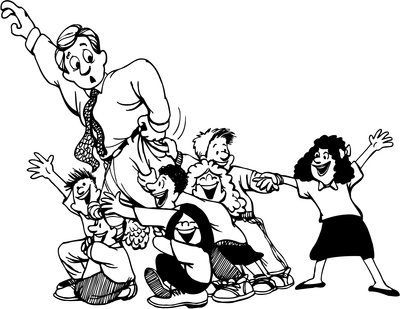 The book, “Fathers in Cultural Context,” was an international collection of studies on fatherhood that identified similarities and, more often than not, differences among fathers across the globe.

According to APA, Shwalb’s book gave “the greatest contribution to psychology as an international discipline and profession, or more specifically, the degree to which the book adds to our understanding of global phenomena and problems from a psychological point of view.”

With the book’s purpose to enlighten the global community on the affects, positive or negative, fathers can have on their children and their society, Shwalb collected data from experts in 14 different countries with his coeditors Barbara Shwalb, a retired SUU professor, and Lamb, professor of psychology at the University of Cambridge.

Lamb described the importance of the book, “This anthology represented a unique attempt to assess similarities and differences in fathers’ behavior around the world. It really could not have been accomplished without David’s dedication and attention to detail.”

The findings, in broad swaths, according to Shwalb are highly important, no matter the country: “Everyone has a father. And whether he is absent or present, each child has one. But, it is culturally seen in the majority of societies that the father is the secondary parent and the main breadwinner, but that role is changing and developing from nation to nation.”

Shwalb published this international study in 2012 and since then has used it in his cultural and psychology course for his students. One of those students, Michael Sauceda, recent psychology graduate from Huntington Beach, Calif., said the textbook “allowed me to learn in-depth of cross-cultural psychology because it examined the discipline in a very applied and relevant manner, rather than attempt to cover a vast amount of dry, factual data as do many textbooks.”

Sauceda, now a doctorate student at Saint Louis University, went on to say; “Dr. Shwalb approached the topic of cross-cultural psychology through the lens of fatherhood and families and delivers an intense overview of cross-cultural psychology from basic principles to more advanced theory and research. Being able to now pursue a doctorate degree is largely due to the teaching, mentorship and encouragement of Dr. Shwalb.”

Shwalb was honored on August 8 in Washington, D.C. at the 2014 APA Annual Convention, where he presented his findings to other psychologists in attendance.