Many other forms of violence occur in teenage couples relationships apart from gender violence, according to a study conducted by the UPV/EHU-University of the Basque Country in four countries 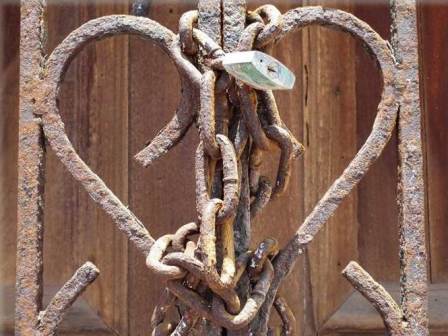 In her PhD thesis(Dating Violence from a Systemic and Cross-Cultural Approach), the psychologist Alazne Aizpitarte has analysed dating relationships among teenagers from a systemic, cross-cultural perspective.The study, conducted in Guatemala, Mexico, Spain and the Netherlands reveals great differences between some countries and others as far as the prevalence and social acceptation of physical violence is concerned, but not with respect to the use of psychological violence.On the other hand, many young adults and teenagers use the new technologies to control their partners, according to Aizpitarte's work.

"The key to violence in young couples is an unhealthy, mistaken idea about their relations.It is largely a question of perception: `You must only be with me; you are mine; you are for me only... 'That is how many teenagers and young adults see their dating in which they regard their partner as their private 'property'. The model of 'romantic' love is highly internalised, and this prevents them for having a 'healthy' relationship," said Alazne Aizpitarte."Driven by jealousy, many adolescents (both boys and girls) tend to control their partners and their way of life, and it seems 'normal' to them to do this. "The use of the new technologies (mobile phones, etc.) to control the partner is very widespread and, on occasions, photos and information about him or her are spread over the social networks. According to Aizpitarte, "it is a phenomenon very much to be taken into account, as it can lead to serious consequences and be the prelude of much more violent behaviour in the future".

On the other hand, "many factors apart from gender intervene in teenage dating relationships.The violence tends to be very subtle in the majority of cases.In this age bracket, the main reference for teenagers is no longer their parents, but their friends and the people in their milieu…, and they act through imitation," said Aizpitarte. She also emphasised that this violence tends to be in both directions, in other words, it is not just the violence carried out by one sex (boys) on the other: "Girls also act out of jealousy and have other unhealthy attitudes," said the researcher.

Physical and psychological violence
Aizpitarte carried out her study in two countries in Latin America (Mexico and Guatemala) and in another two in Europe (the Netherlands and Spain) and one of the aims of the work was as follows:to compare the behaviour of university students in these countries. As they were samples taken from a specific social sector (university), one could anticipate that the results of sectors in a situation below that level would be "worse". The method used to produce the study was systemic and cross-cultural, in other words, various factor were taken into consideration (the family, relations, gender, culture, etc.) and the relationships between them all. Among the conclusions of the work, the following stands out:there is a great difference between some countries and others as far as the use of physical violence is concerned (the trend in Mexico is more widespread than in the others), but the difference is not so big with respect to psychological violence.In the less developed countries (Mexico) the use of physical violence against the partner is more socially accepted (slapping, squeezing hard, etc.) than in the developed countries, but the presence of psychological violence is similar in both. These cultural differences account for the different criminalization of the use of physical violence in some countries and in others:in the developed countries (in the Netherlands, for example), the attackers are punished more severely, and suffer much greater social rejection.

There were three main aims in the study:firstly, to develop a specific scale to assess violence in dating relationships among young adults and teenagers, bearing in mind the characteristics and dating of that generation; secondly, to detect the risk factors that may increase the use of violence in teenage dating, and also to produce a model to show the complex relationship between the various factors (family, relations, socio-cultural level, etc.); and finally, to analyse the cultural differences between these types of relations.

Additional information
Alazne Aizpitarte's PhD thesis formed the hub of this study and was entitled Dating Violence from a Systemic and Cross-Cultural Approach. Her thesis was supervised by Itziar Alonso-Arbiol, associate lecturer at the UPV/EHU's Faculty of Psychology, and FonsJ.R. van de Vijver, professor of the University of Tilburg (the Netherlands). The UPV/EHU's Faculty of Psychology was the main scenario of the thesis, but not the only one: Aizpitarte spent three months at the University of Tilburg, and was in contact with various researchers in Mexico and Guatemala. Alazne Aizpitarte is a Doctor of Psychology, a graduate in Psychology and Psychopedagogy and a specialist in Family and Couple Therapist.