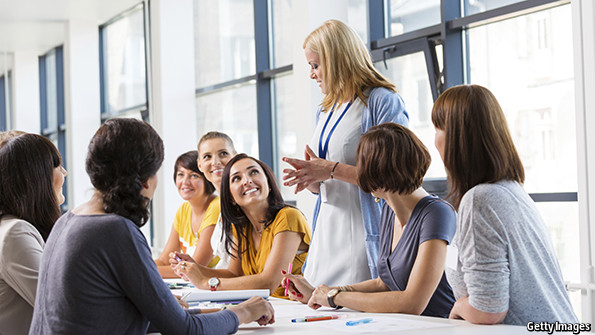 BENJAMIN VOYER is a marketing and psychology professor at ESCP Europe Business School in London and the London School of Economics. He is an associate fellow of the British Psychological Society and writes widely on teamwork, particularly with respect to health care.

How would you describe the psychology of teamwork?

The study of teamwork began with the emergence of social psychology and an interest in how groups behave, particularly as against another group. This is the idea of having an “in group” that you’re a member of and that becomes part of your social identity, and then the “out group” against which you discriminate and define yourself. It has developed into its own field of organisational psychology.

We’ve looked at how groups form against each other and what happens to an individual voice in the team. We wonder how we make a team more efficient and also what the risks are of having teams. Teams don’t always do better than individuals, but there is a Helen Keller quote I particularly like: “Alone we can do so little; together we can do so much.” This summarises the trade-off. You can’t do a lot alone, but you are more in control. You can do less of your own thing in a bigger team, but you can achieve more.

But things can go wrong?

Yes. Power plays a big role. In health care there are two big priorities—quality and safety. When you look at incidents in teams they are usually caused by problems in the team and not with people’s clinical skills. You can attribute most of what goes wrong in medical units to dysfunction in the team.

A surgeon asks for a medical tool and the assistant misunderstands because he’s just been transferred from another team. You need to develop a team mind. Teams all need the three Cs: collaboration, co-ordination, communication. Collaboration is the shared perspective you need for a shared understanding of what you have to do. Doctors, because of their higher status, think they know better, even in day-to-day treatment that nurses, in fact, know better. So close collaboration is key: understanding that everyone’s perspective is important. Co-ordination is simply the idea that you need to co-ordinate the work that needs to be done. In the 70s and 80s there were studies done of autonomous teams, teams that are self-managing, maybe without an official leader. The finding was that a natural leader would emerge. You need someone to co-ordinate the team and facilitate the different tasks.

So someone always leads a team?

Yes. There are basically two styles of leadership—democratic and autocratic. In health care my studies reveal two types of self-construal, the independent and the interdependent. My survey shows that doctors have an independent view of themselves. They don’t look for input from others but think their perspective is the right one. Nurses, for many reasons, primarily the fact that until recently they used not to be too specialised and would be performing multiple and varied activities, are much more interdependent in self-construal.

Is there a gender issue?

Yes. All the studies done on gender differences in leadership suggest that women have a more democratic style of leadership and men a more autocratic style. It has to do with the way we socialise and educate people. It’s to do with stereotyping. However, the work I’ve done suggests that attaining power within an organisation can change the way we see ourselves. No matter whether you are a man or a woman you feel more independent, more unique, the more power you have.

So you’re less likely to be a good team player?

Possibly. For both men and women power increases independent self-construal. But power also increases interdependent self-construal for women whereas it decreases that for men. So, men will be more autocratic (this does not mean bullying here). Depending on what kind of team you want, you will look at different styles of team players and bosses. If you need a leader giving a lot of direction you will want a more autocratic leader.

There are two big phenomena. One is “group think”—when the group develops its own mind, so that group members stop being critical. The Challenger disaster is a good example of this. The issues were all dealt with at a group level and most of the information should have led any group member to say, “We have a problem and should not launch the shuttle.” It was a mixture of being part of an organisation where you didn’t want to voice your concerns and a very hierarchical organisation that meant that the people closest to the problems had no access to higher levels of command.

The other thing that can go wrong is “group polarisation” or “group shift”. Sometimes when you put people in a team they take a more extreme decision than they would have taken individually, either more conservative or more adventurous. A lot of decisions are based on this group phenomenon, one that produces a distorted perception of reality. When you stop thinking in terms or “I” and start thinking “we” things can change dramatically.

Is that because people feel less culpable if the culpability is spread?

There is a diffusion of responsibility, yes. The optimal number of people in a team is five. If you have large teams of 10 or 12, people don’t have the same impression of accountability. Everybody—and therefore nobody—is responsible. You also get “social loafing” where you think everyone else will do the job.

What about the group turning a blind eye, as with the BBC and Jimmy Saville?

Doesn’t that mean you were never part of the team anyway—you were just serving your own advantage?

There are cross-cultural differences. In the West the default is the individual, but in China or Japan the group is the default unit. When Japanese car manufacturers were accounting for error, they would know whose team worked on what and the whole team would take the blame. In Europe and the US you would find the individual in charge when the incident was located. In the individualist world people join groups because it serves their own purpose, yes.

So how do you form a good team?

Well, it should be as small as possible, the team should have clear boundaries about membership, members should be chosen for their task skills and interpersonal skills and you have to choose a team with a high probability of developing cohesion.

As a team member you need to develop the ability to see the perspective of the other. In some of the work I do with doctors and nurses I ask them to write diaries— how a nurse might think about it, how a doctor might think about it. You need to be aware of what can go wrong in the team too. If you’re aware that “group think” happens you can reflect back and see if you’ve been affected. When building a team you need to pay attention to the different types of profile you want in that team. In some industries where you have a high concentration of likeminded individuals, like in investment banking, there is not enough diversity of profiles. That can create more harm than good, resulting in confrontational perspective, intra-team conflict and intra-team competition.