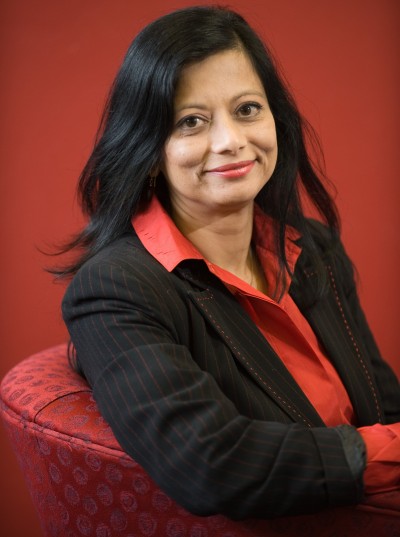 Premenstrual syndrome (PMS) is a broad term used to describe the physical and psychological symptoms experienced by some women prior to menstruation. The term was first coined by British doctor Katharina Dalton in 1957, and her clinic successfully treated many women over 40 years.

The issue has resurfaced because of a recent study conducted by researchers at the University of Toronto. The authors did a meta-analysis of 41 studies, concluding

Taken together, these studies failed to provide clear evidence in support of the existence of a specific premenstrual negative mood syndrome in the general population. This puzzlingly widespread belief needs challenging, as it perpetuates negative concepts linking female reproduction with negative emotionality.

So, why has this study taken us all the way back to a debate that should have finished ages ago?

There are two main reasons. First, many opinions about the existence of PMS are fuelled by personal philosophy and politics, rather than by reason and good research.

Over the centuries, women have had to cope with dismissive views about their anger, depression or capabilities, and being labelled as “irrational” during “that time of the month”. In the 1970s, feminists fought hard against the concept of hormone influences on women’s behaviour in their struggle to achieve equality for women. It was important back then to dismiss women’s biology as the only determining factor of her life.

Today, we don’t have to take the view that women’s biology, including their hormone profiles, are unimportant. We can reclaim biology and integrate it with the psychological plus social contexts to see that PMS does exist and does cause real suffering for many women.

Second, a vast body of neuroscience work is being ignored. The evidence (from many studies) about the integration of hormones with mental processes is now well established.

Recent brain research has demonstrated the powerful influence that hormones such as estrogen, progesterone and testosterone have on brain chemistry, which underpins emotion, mood and behaviour. It is uninformed to write off these potent brain hormones as only “reproductive”, since they have many roles in brain development and ongoing mental function.

The Canadian study assumes that all women universally respond to cyclical hormone changes in the same way, and at the same time of each cycle. There are vast differences in individuals’ mental health changes in response to shifts in the complex array of hormones. Some women are very mentally sensitive to hormone changes, while others are not.

Some women suffer from physical and mental disorders that become worse cyclically – migraines and epilepsy are well-accepted examples. Every disorder has a biological, psychological and social context. It is just that with many physical illnesses, there’s the capacity to actually see the tissue damage, or measure markers of the illness, while mental disorders are difficult to measure or visualise in the same way.

This leaves debates about the existence of certain conditions, such as PMS, open to ideologically-motivated opinions rather than evidence-based realities.

In addition to a lack of neuroscientific understanding, the current PMS debate is defined by a lack of consideration for social context. The argument by Jane Ussher in this publication in her article about the study (and quoted in the Fairfax opinion piece) that PMS is a “Western” woman’s disorder fails to take into account that mental health disorders are not given a priority in some cultures where there are many other battles to contend with.

The recent spate of stories about the difficulties in reporting rape in India is testimony to the level of gender inequality in certain parts of the world. So it’s not surprising that non-life-threatening conditions, such as PMS, are given little consideration in some non-Western countries.

Rejecting the existence of PMS leads to increased hardship for women. Added to her burden of distressing symptoms is the frustration and pain of invalidation, and pejorative comments of disbelief about her cyclical mood or other symptoms. Women with severe PMS want and deserve validation and understanding of their condition.

One argument put up by those wishing to deny the existence of PMS is that medicalising PMS leads to harm and stigma. This erroneous belief is based on the supposition that medicalisation means that (male) doctors will force harmful, ineffective treatments upon passive, uninformed, powerless women.

Patient empowerment through knowledge is a major part of health care, and there are many sources of information about PMS available to women. There are also many different treatments, including combinations of hormone treatments (both natural and synthetic types), healthy lifestyle approaches and psychological interventions. Good PMS management involves comprehensive collaboration between the woman and her doctor, and an integrated treatment approach.

Happily, we are approaching an era of individualised medicine, where each person’s biological, psychological and social context can be taken into consideration. With rapidly accumulating scientific knowledge about the role of hormones in the brain and on behaviour, we are in a better place to listen to and discuss their concerns and issues with women, while taking the role of cyclical hormone changes into account.

Let’s leave the tired old debates of the 1970s in the past and aim for better integration of biology with psychology and the social context. Because that’s where real help and hope lies for many women.

This article first appeard on The Conversation.