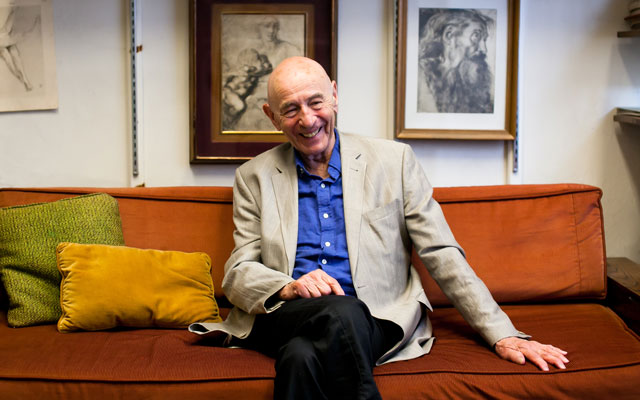 Walter Mischel, the psychologist renowned for the groundbreaking study known as the “marshmallow test,” has finally decided to tell the story of that research for a general audience.

He dedicates the book, aptly titled The Marshmallow Test: Mastering Self-Control, to his now-grown daughters, saying they inspired him when they were young to study self-control in preschoolers.

“I saw dramatic changes in my own children,” says Mischel, the Robert Johnston Niven Professor of Humane Letters in Columbia’s Psychology Department. “I realized I was quite clueless about what was going on in their heads.” 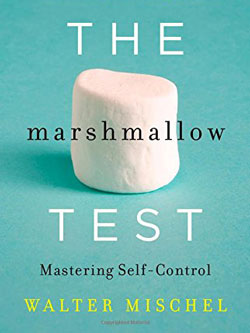 Read the introduction to The Marshmall Test (PDF)

Why publish such a book decades after his famed experiments? It’s “a way to make a difference outside the academy,” he says—to offer up lessons for teachers and policymakers, parents and children, and anyone else looking to exercise self-control. Mischel’s research has shown correlations between a child’s ability to delay gratification and subsequent academic success, as well as greater determination, better tolerance of frustration, healthier body weight and less substance abuse. It also shows that self-control skills aren’t immutable, but can be taught and enhanced through identifiable strategies.

In an interview in his Schermerhorn Hall office, Mischel shows videos of how 4-year-olds delayed gratification when presented with the conundrum of one treat now, or two in 15 minutes. “They found ways to distract themselves and ‘cool’ their temptations,” says Mischel. The children covered the treat, turned away from it, pushed it away, played with their toes and ears, talked to themselves or sang a song.

Separate experiments found that children can wait when imagining the marshmallow is something else or by creating an imaginary brick wall between themselves and the treat. Other research revealed the importance of specific “if-then” plans. For example, if I’m starting to get angry, then I take a deep breath and count back wards from 10 or if I’m working on an assignment, then I turn off my text messages.

“It’s not hard to learn these skills with proper motivation and practice,” Mischel says, adding that adults might try similar tactics when faced with a rich dessert, the urge to smoke, or a choice between saving versus spending or arguing versus compromise.

What’s important, he says, is to keep a goal in mind and to focus on the consequences of losing self-control: for the child, one less treat; for the adult, obesity or even lung cancer, insufficient retirement funds or broken relationships.

Mischel, 84, came to Columbia in 1983 after two decades at Stanford. He still teaches and does research and follows the subjects of his early research—some now in their 50s. He is currently studying the relationship between the ability to delay gratification and economic prosperity.

He says that coming to Columbia offered him the opportunity to expand his research. He repeated his experiments at schools in the South Bronx, with similar results. He also has collaborated with neuroscientists at Columbia and elsewhere to study the relationship between self-control and changes in the brain.

“What’s going on in cognitive neuroscience is so exciting and so important,” Mischel says. With functional magnetic resonance imaging (fMRI) tests, “you can actually see the connection between what people are doing and what’s going on in the brain. This wasn’t even dreamed of in the 1960s.” One portion of the brain, which he labels the hot brain, reacts immediately to stimuli, while the prefrontal cortex, or the cool brain, can exercise self-control.

His own daughters, Judy, Rebecca and Linda, all took the marshmallow test and were successful delayers, he says, although as family members they were not included in his data. Linda Mischel Eisner (CC’87), a lawyer, is director of special projects in the office of Senior Executive Vice President Robert Kasdin. Mischel proudly notes that she was the College’s first female valedictorian. Rebecca is now a neonatologist and Judy is a banker.

Mischel was born in Vienna but left with his family in 1938 after the Nazis annexed Austria. He grew up in Brooklyn and earned his bachelor’s degree at NYU while working as a department-store delivery boy and then as an elevator operator. He became interested in clinical psychology after a stint as “an unlicensed social worker” at the Henry Street Settlement House in lower Manhattan. He has a master’s degree from City College of New York and a Ph.D. from Ohio State.

The early research wasn’t planned as a longitudinal study, but as his daughters became teenagers, they would talk about what their friends were doing and he became curious, Mischel recalls.

Of the 500-plus children who participated in the Stanford experiments, more than 100 are still followed, and he goes back to them every 10 years. For the most part, he says, those who were able to delay gratification as children and continued to exhibit good self-control have become successful adults.

It’s a lesson worthy of Sesame Street, and for the last two years Mischel has been a consultant to the show for a series of episodes on self-control. Cookie Monster takes the “marshmallow test,” though naturally with his favorite treat, chocolate chip cookies. Focused on his goal of joining a gourmet cookie club, he finds ways to resist his passion for frantic cookie gobbling—an exercise valuable for all of us, at any age.