How the brain progresses from mild cognitive impairment (MCI) to Alzheimer's-type dementia has been an enigma for the scientific community. 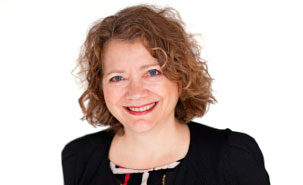 However, a recent study by the team of Dr. Sylvie Belleville, PhD, Director of the Research Centre at the Institut universitaire de gériatrie de Montréal (Montreal Geriatric Institute) and Professor of Psychology at Université de Montréal, has shed light on this progression by showing the typical patterns of the brain's progression to dementia. For the study, the team compared changes that occurred over many years in people with stable MCI with changes in people for whom MCI progressed to a diagnosis of Alzheimer's. Dr. Belleville worked with doctoral student Simon Cloutier and a team of clinician researchers from Montreal. This study was funded by the Canadian Institutes of Health Research (CIHR) and was published in the Journal of Alzheimer's Disease.

The study showed that different cognitive areas (language, inhibition, visuo-spatial processing, working memory, executive functions, etc.) do not change in a uniform way. Cognitive decline does not occur in a linear fashion; instead, the path to dementia is complex and may sometimes be characterized by periods of stability followed by accelerated decline one or two years before diagnosis.

“We've identified a profile of changes that characterizes people who progress towards dementia. In reality, a quick decline in episodic and working memory associated with language problems appears to be the typical profile of people who have a high risk of developing dementia within a short amount of time,” the researcher explained.

Instead of seeing this as bad news, Dr. Belleville views these results as hope for seniors who are worried about their memories. “Many people complain about their memories. However, the presence of a change is what determines the risk of progression. This study has let us characterize the parameters of decline in people who will eventually develop Alzheimer's, which means we can better identify both benign symptoms and those that warrant particular attention. Rapid memory decline suggests that the onset of symptoms is probably due to a loss of the brain's compensatory mechanisms.”

Alzheimer's disease is diagnosed late in its progression and sometimes up to fifteen years after its first effects on the brain. It is important to identify the early indicators so that patients can receive treatment as soon as possible.

About the lead author

Dr. Sylvie Belleville, PhD, is the Director of the Research Centre at the Institut universitaire de gériatrie de Montréal and a full professor in the Department of Psychology at Université de Montréal. She conducts research on the neuropsychology of aging and is interested in how memory changes with age. She is internationally recognized for her work on brain plasticity. She co-directs the Consortium pour l'identification précoce de la maladie d'Alzheimer – Québec (CIMA-Q). She has received many awards of excellence, including an award from the Ordre des psychologues du Québec. Canadian Psychology named her one of the top 10 most influential clinical psychology professors in Canada.

This study was funded in part by the CIHR.

The IUGM has 446 short-term and long-term beds and an ambulatory centre. It has what is considered to be the largest Francophone research centre in the field of aging. A member of Université de Montréal's larger excellence in health network, the IUGM opens its doors every year to hundreds of students, trainees and researchers. Since April 1, 2015, the IUGM has been part of the CIUSSS du Centre-Sud-de-l'Île-de-Montréal.

The Centre intégré universitaire de santé et de services sociaux du Centre-Sud-de-l'Île-de-Montréal (CIUSSS-CSMTL) was created on April 1, 2015, from the merger of ten health and social services institutions on the Island of Montreal. It provides services to a population of nearly 300,000 Montrealers who live on the southern part of the island in the boroughs of Ville-Marie, Verdun, Le Sud-Ouest, Le Plateau-Mont-Royal and part of Rosemont–La Petite-Patrie. It also has a regional responsibility for such services as rehabilitation, youth services, public health and emergency measures. With four institutes and two university-affiliated centres in different health and social services sectors, the CIUSSS-CSMTL fulfills a significant academic mission.