LEXINGTON, Ky. - A federal judge is declining to restrain Kentucky officials from taking action against parenting advice columnist John Rosemond if they choose. Rosemond filed a federal lawsuit Tuesday charging the state with violating his First Amendment free speech rights by labeling his syndicated column an “illegal practice of psychology” in Kentucky. 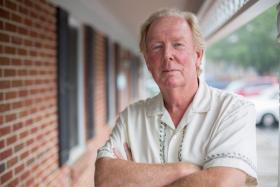 The Kentucky Board of Examiners of Psychology had threatened to take the issue to court, but took no action against Rosemond during their Thursday meeting, opting instead to allow their attorney to negotiate with the nationally syndicated columnist.

The Lexington Herald-Leader reports U.S. District Judge Gregory Van Tatenhove said no restraining order was necessary because Rosemond faces no immediate or irreparable harm, but he will schedule a hearing on whether to issue a preliminary injunction to stop the psychology board from prosecuting Rosemond.

While Rosemond is a licensed psychological associate in North Carolina, he does not have a Kentucky license.