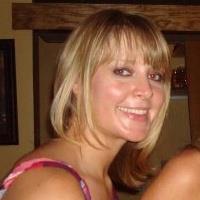 A former middle school counselor at Lafayette's Peak to Peak Charter School who specializes in treating substance abuse has pleaded guilty to drug charges in Minnesota, according to school officials.

Parents of children at the school received an e-mail Wednesday from school officials notifying them that Emily Slechta, who worked as a counselor at the school for 15 months, accepted a plea agreement with Minnesota prosecutors on Nov. 28.

According to the school, Slechta was facing charges that included selling 10 grams or more of cocaine, heroin or methamphetamine, possession of 25 grams or more of the same types of drugs, selling marijuana and possessing a controlled substance.

Slechta pleaded guilty to possessing a controlled substance in exchange for a deferred judgment, according to the district. If she completes the terms of her agreement, all of the charges against her will be dismissed, according to the letter.

According to the Peak to Peak website, Slechta was a full-time counselor and director of the middle school anti-bully program.

State law requires parental notification when a school employee is arrested or charged with a crime.