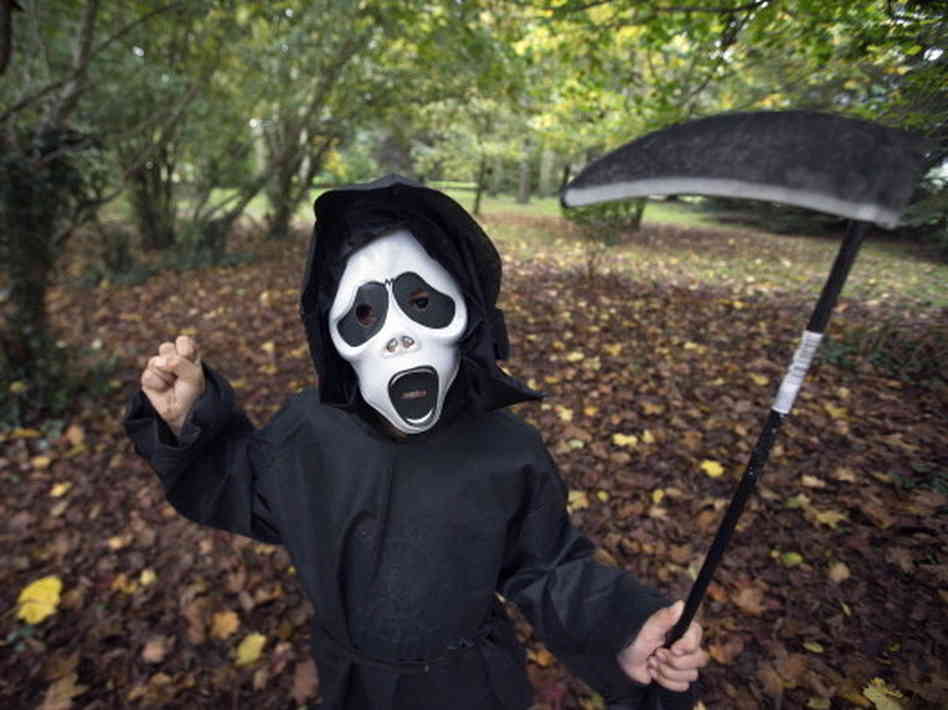 Is there an angel or a devil behind the mask? Scientists say it may not matter in terms of anonymous behavior. 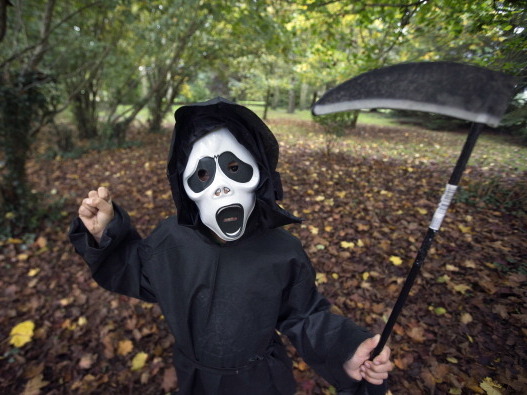 Is there an angel or a devil behind the mask? Scientists say it may not matter in terms of anonymous behavior.

Vampires and monsters will be out in force tonight, but some of the darkest creatures out there might be your little angels inside those Halloween costumes.

It's been more than a quarter-century since psychologists discovered that the cloak of anonymity of Halloween costumes gives children license to steal — not just candy, but real money. In a naturalistic experiment published in 1976 into the behavior of 1,352 children in the Seattle area on Halloween, researchers found that virtually all children were willing to join in the stealing — given the right circumstances. The kids varied in age from 4 and 5 to pre-teens.

In an interview this week with The Salt, Scott Fraser, one of the researchers, says the study challenged an idea that was universally believed at the time and is still widely held today: People who do bad things are bad people; actions derive from character. Not so, Fraser says. Given the right circumstances, both children and adults can be induced to violate social norms. The context, not character, is king.

Among the chief factors that can turn good kids into thieves: anonymity. And that's what led the researchers to study kids at Halloween, Fraser says.

"The basic brainstorm that occurred is that here's a naturally occurring event in our society where children come dressed in costumes," he says. "They would be dressed as ballerinas, holding masks over their eyes — they essentially were anonymous."

Fraser was a psychologist at the University of Washington at Seattle at the time; he now teaches at UCLA and USC. The study, which was led by psychologist Edward Diener, was published in the Journal of Personality and Social Psychology.

The setup was simple. Researchers allowed kids to show up at 27 homes that had been set up for the experiment. A woman welcomed the trick-or-treaters and admired their costumes; she made no effort to identify the children. She then showed them to a table. There were two bowls on the table. One held delectable candies; the other was filled with coins. The woman told the children they were each allowed to take only one piece of candy. If a child asked about the money, he or she was told the money was meant for a charitable cause and was to be picked up soon.

The woman then disappeared into another room. Secretly, however, researchers hidden behind closet doors or decorative curtains watched the kids.

When the kids were confident that they were anonymous, and especially when they were in large groups, nearly all the children made off with more candy than they were allowed, or with money, or with both. There were 416 separate occasions where children took stuff they were not supposed to take.

"In fact we had some groups that came, and they simply turned the bowl over, divided all the candies up, put it in their bags and left," Fraser says. "They robbed us blind."

Leadership also played a role. When children came in a group and a single child was told he or she was responsible for making sure the others took only one candy each — but no effort was made to identify the leader — thievery became the norm. The leader knew he or she could act with impunity. And when that happened, nearly all the other kids followed suit.

Fraser says that he sees connections between the kids' behavior and the different ways in which adults break rules, up to and including atrocities committed by soldiers in wartime. Given the cloak of anonymity and unethical leadership, wrongdoing becomes the norm.

"The first thought that comes to mind when an individual commits a horrendous act is to ascribe some kind of character feature that is particular to that individual and that most people feel they don't possess," Fraser says. "[We think,] 'that's a serial killer who's a psychopath [or] that's a very rude person — but [it's] not me.' "

The psychologists found that when the trick-or-treaters came with a supervising adult, when they came individually and when they were asked for their names and addresses before being shown to the table, honesty levels soared.

So, if you want masked kids to be honest tonight as they reach their sticky hands into the candy bowl, you may want to trust but verify.