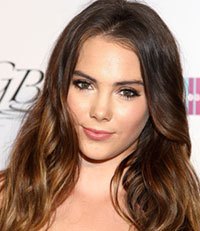 BALTIMORE — A psychology firm under investigation for alleged contract violations involving Baltimore police officers’ assessments for mental stability will not get more referrals from the city during the probe, the mayor said Friday.

Mayor Stephanie Rawlings-Blake said in a news release that the city will suspend referrals of employees, police officers or their family members to Psychology Consultants Associated. She said the suspension will last until the completion of investigations by the city’s law department and the inspector general.

As part of its contract with Baltimore police, PCA and the firm’s president, Kenneth Sachs, assessed the mental health and fitness for duty of officers who were removed from active duty due to psychological problems.

That should have included Lt. Brian Rice, who was hospitalized over mental health concerns in April 2012 and had his guns confiscated by Carroll County sheriff’s deputies. Court records and the sheriff’s reports raised concerns about Rice’s self-control and judgment. Rice was accused in June 2012 of removing a semi-automatic handgun from the trunk of his personal vehicle and threatening the mother of his child.

Rice is among six officers charged in the death of Freddie Gray, who suffered a fatal injury while in police custody. Gray’s death prompted mass protests, as well as looting and rioting in Baltimore in April.

Maryland State Police, which also holds a contract with PCA, placed the firm on probation in June after an investigation showed PCA was completing evaluations of officers’ mental stability in 15 minutes instead of the 45 minutes required by the state contract, according to documents obtained by The Associated Press.

Experts say 15 minutes is far too short to adequately conduct psychological assessments, either for police applicants or officers seeking to return to active duty.

Employees who want to continue existing services under PCA during the suspension period will be able to, Rawlings-Blake said.

City Council president Bernard C. “Jack” Young on Friday called for an investigative hearing into the allegations against PCA.

(© Copyright 2015 The Associated Press. All Rights Reserved. This material may not be published, broadcast, rewritten or redistributed.)