A beloved 61-year-old psychology professor has been outed as a killer who murdered his family as a teenager and was committed to a mental hospital for only six years after being found insane.

The bespectacled, mustachioed chairman of Millikin University’s department of behavior sciences in Illinois has been identified by a reporter from the Texas newspaper The Georgetown Advocate as James Wolcott, who murdered his parents and older sister in cold blood when he was 15 years old.

Following the gristly murders, Wolcott had been found not guilty by reason of insanity. After spending six years in a psychiatric institution, he disappeared. 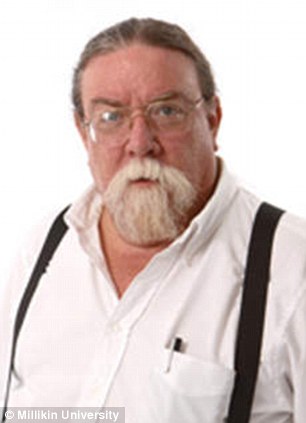 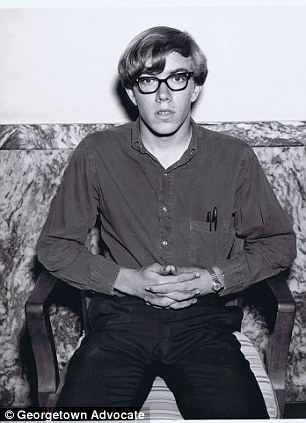 Now and then: Dr. James St James is a well-respected psychology professor in downstate Illinois, has been identified as James Wolcott, who murdered his parents in sister in 1967 when he was 15 years old 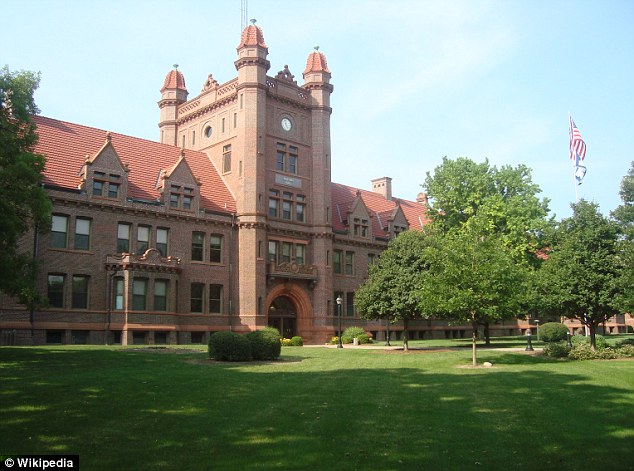 Academic haven: St James has been teaching psychology at Millikin University in Decatur, Illinois, since 1976

Wolcott later legally changed his name and went on to earn several degrees in psychology and start a new life in academia.

St James' outing as a man who committed triple homicide 46 years ago shocked the community of  Millikin University - a Presbyterian school in Decatur with 2,380 students - but his colleagues and students have since come out in support of the professor.

Despite calls for his resignation, the university released a statement saying that St James will stay on at the school and will teach classes in the fall semester.

‘Millikin University has only recently been made aware of Dr. St. James’ past. Given the traumatic experiences of his childhood, Dr. St. James’ efforts to rebuild his life and obtain a successful professional career have been remarkable,’ the statement to the American-Statesman read.

St James declined to comment on the story, deferring to the university’s statement.

Speaking of St James’ new life as a respected professor, Douglas M. Benold, who declared him insane during the trial in 1968, told the Chicago Sun-Times: ‘I think that’s wonderful, if it’s for real. Knowing his background, I’m glad he’s there instead of in Georgetown.’

Murder weapon: On the night of August 4, 1967, James Wolcott got high on airplane glue, grabbed this .22-caliber rifle and murdered his parents and sister in cold blood 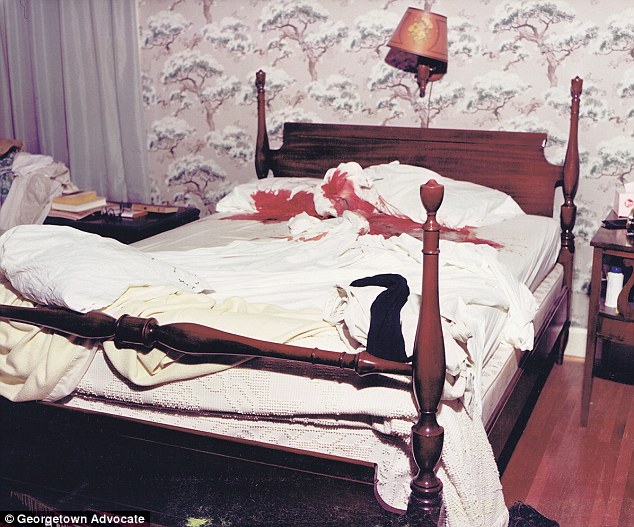 Gristly: Wolcott walked into his mother's room and shot her in the chest, leaving her for dead 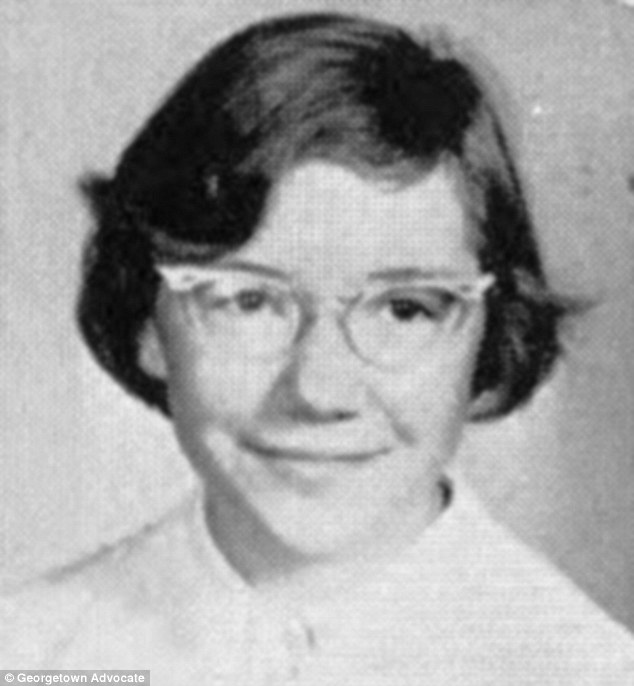 Innocent: Wolcott's second victim was his 17-year-old sister, Libby (pictured), who he shot in the face and chest

First victim: The rampage started with the 15-year-old gunning down his father as he was reading in the living room

Decatur City Council member Jerry J. Dawson, a former Macon County sheriff, said that St. James should have told the school about his past before joining the faculty.

‘I look at this from a law enforcement perspective, and I just have a problem with somebody who didn't disclose this information,’ Dawson said. ‘If I were a parent and my kids were going to Millikin, that's something I would want to know.’

As The Georgetown Advocate's investigation has revealed, in the 1960s, James Wolcott, a brilliant student and accomplished musician, lived in Georgetown, Texas – a small suburb of Austin - with his father, Dr Gordon Wolcott, a biology professor at Southwester University, his mother, Elizabeth, and his older sister, Libby. 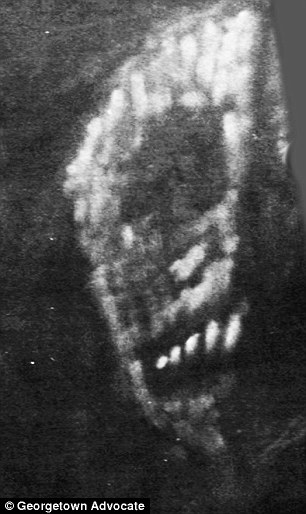 Terrifying: The large black velvet wall covering in Wolcott's boyhood room was painted with a skeletal face that seemed to stare at the viewer from the depths behind the wall

On the night of August 4, 1967, the 15-year-old got high on airplane glue, grabbed a .22-caliber rifle, walked into the living room where his father was reading and shot him in the chest.

Wolcott then walked into the room of his 17-year-old sister and shot her in the chest and face.

The bloody rampage, which Wolcott had apparently planned a week prior, concluded with the teenager shooting his mother and leaving her for dead.

With his entire family shot, Wolcott stashed the rifle and ran outside, crying and asking passersby for help because someone had just killed his family.

James appeared distraught and hysterical when police arrived, but when he was interview by a ranger, he confessed to the murders, describing each killing in detail.

By way of a motive, the 15-year-old told investigators that he ‘hated’ his family.

Wolcott was arrested and booked into the Williamson County Jail. His murder trial got under way in October 1967. The defendant, now 16 years old, was found to be competent to stand trial as an adult.

Wolcott's defense was that he had known for a while that he was suffering from mental illness, which was made worse by his addiction to airplane glue. Doctors later diagnosed his condition as paranoid schizophrenia.

Depositions presented during the trial showed that James believed that his family were trying to drive him mad, or destroy him.

During his psychological evaluation, the teen stated that his mother chewed her food too loudly and that his sister had a really bad accent. In his talks with a classmate, James also mentioned that his father would complain about his long hair and would not let him go to a peace rally or wear anti-Vietnam buttons.

At the end of the six-month trial, an all-male jury acquitted Wolcott by reason of insanity. He was admitted on February 2, 1968, into Rusk State Hospital, where he were to remain until he became sane again. 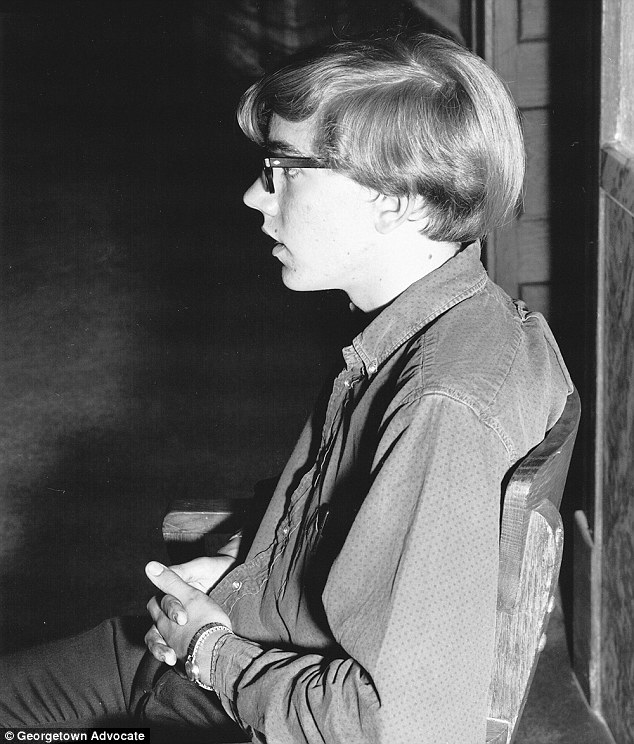 Confession: After initially feigning shock over the murders of his family, the 15-year-old admitted to shooting his parents and sister, telling investigators that he hated them 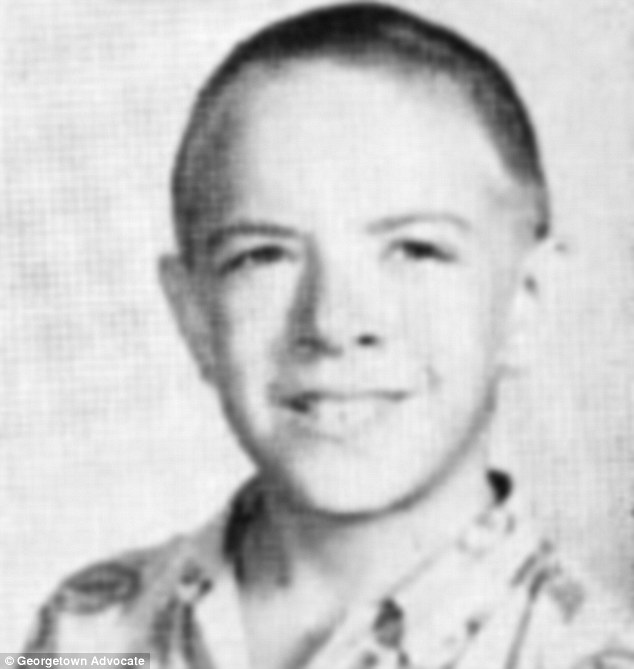 Getting away with murder: After being diagnosed with paranoid schizophrenia exacerbated by drug use, Wolcott was found not guilty by reason of insanity and committed to a hospital for six years

The son of James' defense lawyer told the paper said that according to his father, one of Wolcott's psychiatrists at the hospital felt sorry for him and invited him to live in his own home.

In 1974, Wolcott was released from the institution after being cleared by the hospital administrator. Six years after the murders, it took a jury 10 minutes to declare James sane.

With an IQ of at least 134, James St James went on to earn a bachelor's degree, a master's degree and eventually a PhD in 1988.

Dr St James joined the faculty of Millikin University in Decatur, Illinois. In 1997, the tenured psychology professor received a teaching award and later was offered the position of chairman at  the department of behavior sciences.

Those who know the well-respected educator still sporting a hippie ponytail on campus say that his students consider St James 'cool,' and his classes get excellent reviews on social media sites. 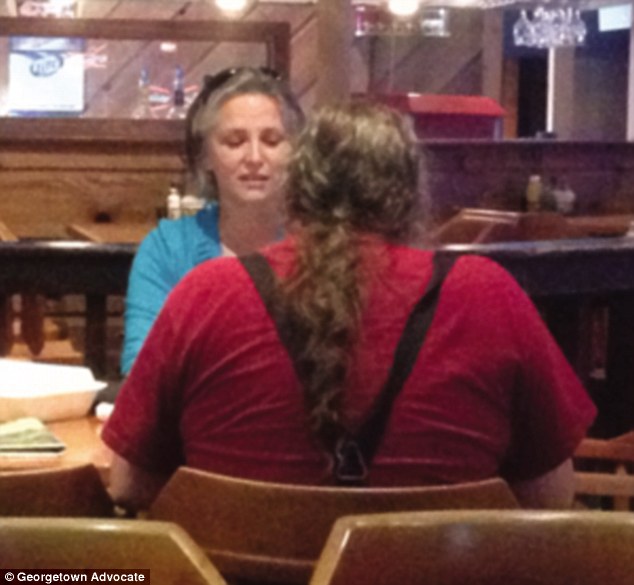 Face to face: A reporter from The Georgetown Advocate is seen meeting with the popular psychology professor to interview him about his dark past

Speaking to the TV station ABC7, Tosha Duzan said that St James was her first professor at Millikin, and that she learned a lot from him.

‘I have this mental image of this man that I've learned from. That hundreds and hundreds of kids have learned from,’ said Duzan, adding, however, that now she also has other images in her mind – the bloody crime scene photos from St James' home in Georgetown, Texas.

Millikin student Jentry Grader told Chicago Sun-Times she still respects St. James and hopes revelations about his dark past will not ruin his life.

‘I feel comfortable with him,’ Grader said. ‘And I do not see him as a threat to anyone.’

The comments below have not been moderated.

What does DM have against the word "grisly?" Usually they misspell it "grizzly," this time it's "gristly."

A victim of their own demise is a premise of all liars - Anonymouse. Funny how he was caught at the height of his power. It all works that way so that it is vain in the end.

Every day we come up with a new level of crazy.

If you suffer with Paranoid Schizophrenia then you are not sane. You are insane. So why did they say he was sane after 6 years in prison and let him out. Obviously some psychiatrists have no clue. Yes, he might be on medication and that would help but he still has the illness.

Wrong diagnoses here, Drug addicted premeditated evil ...Why blame schizophrenia for every crime comited it's cheap justice, and a lawyer tool, to con the jury ....People are becoming more educated about schizophrenia today...This man is a killer, and i hope he pays for his past evil crime...He stole precious lives , and there is no equal justice for one who kills...

Insane society. The likes of him teaching our young!?? Utter madness!! This surely is the age of insanity!

He made an interesting/frightening career choice considering .................... "After being diagnosed with paranoid schizophrenia exacerbated by drug use, Wolcott was found not guilty by reason of insanity and committed to a hospital for six years" ................. And while I'm here ... I thought that being 'under the influence' of drugs/alcohol was not a valid legal defense ... (maybe it was in '67) ... and I don't think that 'huffers' have a particularly violent track record ... the few that I have met over the years have had mush for brains and can't even cook dinner for themselves or form a coherent sentence, much less kill their family with a BOLT ACTION rifle ...... if it walks like a duck and quacks like a duck ........

Horrifying. But 'Illinois' says it all. Liberal with no ethics.

People who try to cover up their crimes and plan out their crimes, how can they be called insane, just like the guy in Florida who killed his neighbor was found sane and convicted, this kid, tried to cover up his crimes and blame someone else, and crazy people don't know they are crazy, their actions and thought are rational to them.

The views expressed in the contents above are those of our users and do not necessarily reflect the views of MailOnline.