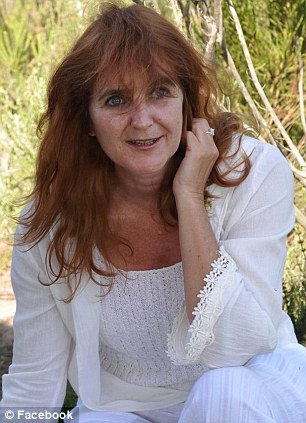 Oscar's aunt Micki Pistorius is a top criminal profiler, it has emerged

The aunt of alleged murderer Oscar Pistorius is one of South Africa's criminal profilers, it has been revealed.

Micki Pistorius, 52, is the author of
'Profiling Serial Killers and other crimes in South Africa' and spent
six years in the country's police department as founder of an
investigative psychology unit.

During her role, she was involved in more than 30 serial killer cases and helped train nearly 200 detectives in the investigation of serial homicides.

She regularly attended court with the
rest of the Pistorius family during his bail hearing last week, but has
not made any public comment about his case as yet.

A prosecution lawyer confirmed to The
Independent yesterday that Dr Pistorius will not be consulted about her nephew's
psychology due to her family ties - although the issue is likely to be discussed in court.

The athlete has been accused of
having 'a propensity for violence' during his bail hearing but
magistrate Desmond Nair said he was not satisfied this had been proven.

In her book 'Catch Me A Killer', Dr Pistorius claimed to have extra-sensory powers of perception which
she called 'cryptesthesia'.

She has also made controversial
comments about killers saying: 'Serial killers are not monsters; they
are human beings with tortured souls. I will never condone what they do,
but I can understand them.'

Yesterday a picture emerged which is believed to be the last image of Reeva Steenkamp alive before she was allegedly murdered by Oscar Pistorius.

The 29-year-old is pictured grinning broadly behind the wheel of her car - just hours later she was dead.

The picture is taken from CCTV footage that shows the model arriving at the luxury housing complex where Pistorius lived. 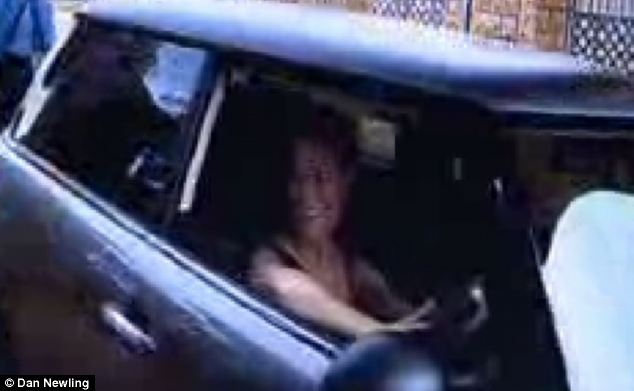 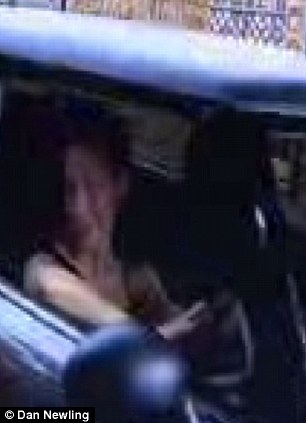 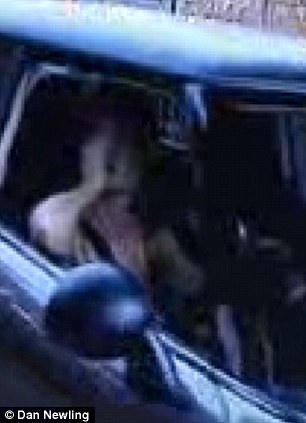 On camera: Miss Steenkamp was pictured on a
camera pulling into the guarded entrance of the Silver Woods estate in
her Mini Cooper car just before 6pm on the day before Valentine's Day

Miss Steenkamp is seen grinning as
security guards let her drive her Mini Cooper into the Silver Woods
estate on the outskirts of Pretoria just before 6pm.

He uses a
lane that is further away from the CCTV camera and it does not capture
his facial expression.

The 30 seconds of footage was broadcast on South African television last night.

According to police, soon after the
recording was taken the couple started arguing so loudly that his
neighbours heard them ‘shouting and screaming’. 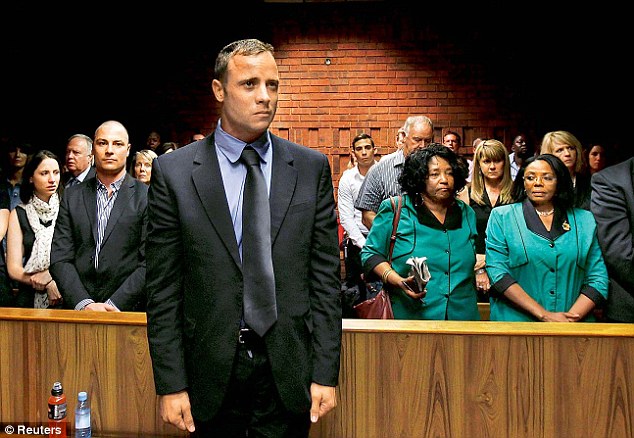 Then, in the early hours of
Valentine’s Day, Pistorius allegedly took out his gun and shot Miss
Steenkamp in the head, hip and arm as she hid in the bathroom.

Pistorius, 26, claims he mistook her for an intruder.

The television channel also
broadcast a brief interview with Miss Steenkamp’s parents, Barry and
June, from their home in Port Elizabeth.

In it, Mr Steenkamp said: ‘It’s only
Oscar [and] Reeva that know the true story. All I want is that  he must
just come out with the honest truth.’

Mrs Steenkamp added: ‘We can’t come to terms with this. This is going to be for ever.’

Oscar’s uncle, Arnold Pistorius,
said yesterday that Oscar being released on bail was ‘only the beginning
of a long road to prove that . . . [he] never intended to harm Reeva’.

Sorry we are unable to accept comments for legal reasons.