“Behind the facts of economics are the facts of psychology…the emotions of fear and confidence, the judgments of doubt and certainty….”.

WHO CAN BE TRUSTED?

The prospects and the problems associated with the Sovereign Wealth Fund, SWF, are often inextricably intertwined because the funds to be managed are still subject to the judgments of “doubts and certainty” exercised by the people selected to manage the funds.

In the case of Nigeria, the question of integrity of the individuals in charge and the government itself has become paramount; whereas when Dewing wrote, in 1923, it was taken for granted that those handling public funds would do so selflessly.

Experience, including our most recent experience with the Petroleum Trust Development Fund, PTDF, and the Excess Crude Account, ECA, has demonstrated to us that the last thing to be taken for granted is selflessness and integrity on the part of public servants – including Presidents and Vice Presidents.

Thus, the key question on SWF remains: who can we trust to manage SWF for us while fulfilling two cardinal conditions?

1. Managing the funds solely for the benefit of the country without expecting any other reward except the remuneration package attached to the post and which will not be exorbitant.

2. Willing to resign rather than succumb to pressure from the Presidency to subvert the law establishing the SWF.

The first condition is tough enough to fulfill for most Nigerians who regard any appointment, especially one connected with managing large funds, as an opportunity for self-enrichment.

The second is almost impossible to achieve. In almost every country and virtually throughout recorded history, there have been few occasions when people appointed by a President, refused him a “simple request” when he asked for it – even if it was illegal.

The assaults on the PDTF and ECA, by Obasanjo, Yar’Adua and Jonathan could have occurred under any president. To assume that such illegal interventions will not occur to the SWF must be regarded as the triumph of hope over the verdict of history.

Perhaps one way, the Federal government can solve this particular problem is to apply the shock treatment to the pessimists and critics by appointing one or two individuals outside the main stream and the party who have consistently voiced doubt about the sincerity of government in this regard. It is not a perfect solution, but it might be a start. 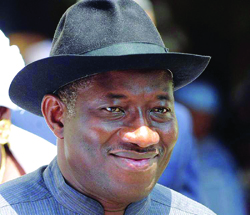 LEGALITY OF THE SWF

The point had been made that several countries worldwide now operate SWF. The similarities, in the economic profiles of those countries with Nigeria, were also noted. However, there is one major difference standing in the way of SWF in Nigeria. That is the 1999 Constitution of the Federal Republic of Nigeria and specifically, Section 162 of the constitution, which stipulates that all revenue must be paid into the Federation Account and distributed.

Given the provisions of that section of the constitution, it is doubtful if the Sovereign Investment Authority (Establish, etc) Act, 2011, will stand up to a court challenge and the US$1 billion, with which the Federal Government started the SWF might be the last deposit into that account.

Furthermore, it is doubtful if any world class fund management firm will want to handle an account still mired in controversy until all doubts about its legality are removed. This unfortunately is not resolved merely by obtaining the consent of the state governors. All the 36 state governors and the President cannot on their own repeal a Section of the constitution.

Thus when it was reported in mid-October that the President had defied the governors to set aside $1 billion for the SWF, it was clear that the government was not yet ready to operate the SWF. No nation ever started its own investment programme with rancour at home because that in itself undermines the confidence the fund managers needed to service the account. They must be asking: what happens if a new president emerges?

It is not surprising that three months after that unilateral step, the Federal government has not increased the fund beyond the initial deposit. That is not the way SWF works.

WHAT MANNER OF INVESTMENT AND WHO WILL MANAGE THEM?

Like most government initiatives, the SWF is being oversold. Dr Olusegun Aganga, the immediate past Federal Minister of Finance, and current Minister for Investment and Trade, is widely credited with the initiative. Undoubtedly, this was based on his experience with global investment houses. His background induced a mixed bag of reactions.

Yes, those great financial houses were responsible for spectacular growth of wealth in the past, but they were also the major culprits for the financial meltdown which still ravages the global economy till today. Reading that Goldman Sacks and others are already warming up to manage the Nigerian SWF is enough to induce nightmares.

Just as Goldman Sacks and other financial “power houses” led investors to the slaughter house by over-promising on benefits, the proponents of SWF talk as if it is a risk-free venture under which growth is assured and the funds are perfectly safe. Nothing could be further from the truth. The very nature of SWF precludes absolute safety.

Ryan W Lidjiman, writing in the same FINANCIAL NIGERIA of April 2011, summarized the nature of SWF as a form of investment as follows. “Investors need to know three main issues with sovereign wealth funds. First, because they are government owned, it is unknown if their allegiances are with the company or with the country.

For the sake of those who might not grasp the sort of political risk that might result from SWF let me provide a real and a hypothetical example. First, the real case study involved Libya. Libya’s Investment Authority, LIA, was the operator of the country’s SWF and among its investments was Pearson LLC, a British Children’s Book Publisher.

Now we address the hypothetical question. Suppose, after establishing SWF and investing in British and other Western companies Nigerian funds are frozen because our Senate recently passed an anti-homosexuality bill, where then is the benefit? Who can guarantee that it cannot happen? Politicians in any country will do anything to win the next election.

Even, when political repercussions don’t threaten the SWF investment, unintended economic catastrophes might occur. A report published by the Council on Foreign Relations, CFR, published in January 2009 revealed that close to 27% of assets of Gulf states or $350 billion were lost, in 2008, on account of the global financial meltdown.

All were managed by the same “world class” financial power houses now lining up to manage the Nigerian SWF. The least, the proponents of SWF can do is to discard with the intellectual dishonesty and admit that there are serious risks involved.

LAST LINE: The Senate in 2011 faults BPE. No Wikileaks. Read Chapter 8 of “Deleleaks” and find out how one parastatal was robbed under Obasanjo’s nose.